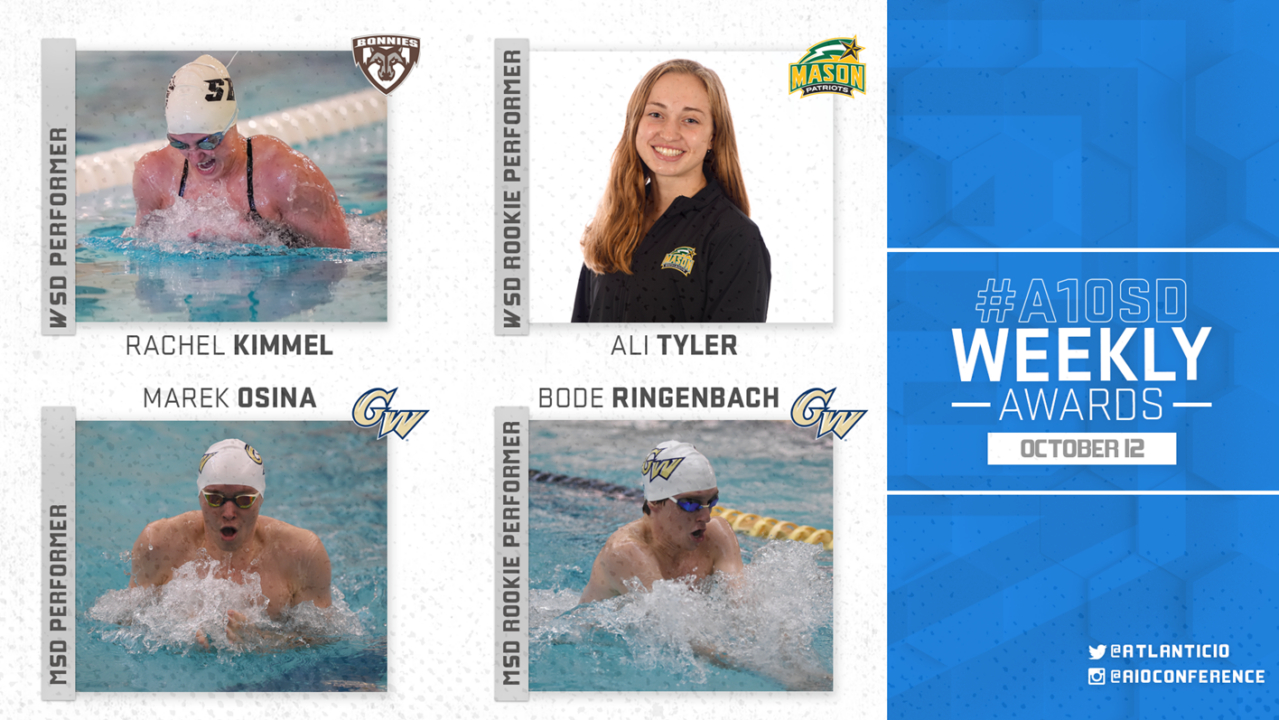 Tyler, a Cheshire, Conn., native marked her first two individual collegiate events, placing first in both the 100 backstroke (57.63) and 100 butterfly (58.29), placing her as the top A-10 freshman in the backstroke and fourth in the conference for the butterfly. She claimed second place in the 100 freestyle with a time of 52.58, and helped the 200 medley relay team to a first place finish in 1:46.92.