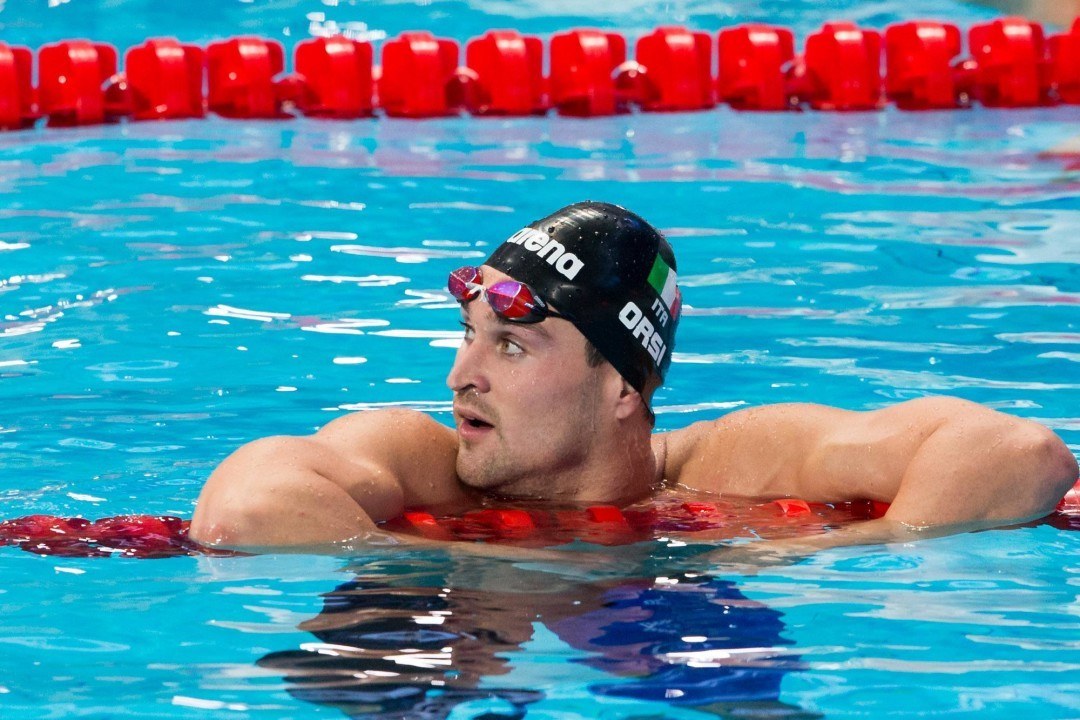 On a day with two timed finals sessions, Marco Orsi broke an Italian record in each session to kick off Italian Nationals. Archive photo via Tim Binning/TheSwimPictures.com

On a day with two timed finals sessions, Marco Orsi broke an Italian record in each session to kick off Italian Nationals.

Orsi’s second record came late in the second session. His 52.12 in the 100 IM won by nearly a second and just snuck under his own national record of 52.15.

Elena di Liddo was just three tenths of a second off the national mark in the 50 back, going 26.80 for the win. Another top swim came from Piero Codia, who won the 50 fly in 22.93. That topped national record-holder Rivolta by .03, though it was still a tenth off the record itself.

None of Italy’s high-flying breaststrokers was close to the national record, but veteran Fabio Scozzoli won in 26.33, with breakout junior star Nicolo Martinenghi back in 3rd (26.89).

The meet continues with two sessions on Saturday.