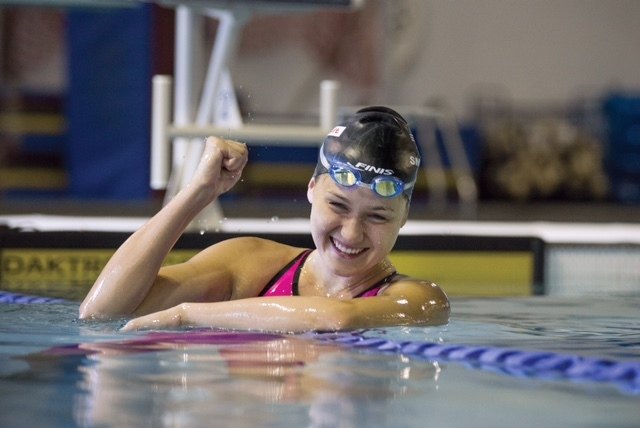 Georgia postgrad Olivia Smoliga tacked on another gold medal tonight as she dominated the 100 back from start to finish in 51.23 Current photo via Finis

Georgia postgrad Olivia Smoliga tacked on another gold medal tonight as she dominated the 100 back from start to finish in 51.23. The battle for 2nd was a close one between Kentucky’s Bridgette Alexander, Gator Swim Club’s Isabel Ivey, and NCAP’s Phoebe Bacon. Bacon had the slight edge on the front half, but Alexander and Ivey closed in on her. At the touch, Alexander got her hand there first with a 52.28 to clip Ivey (52.209) by a hundredth. Bacon was just hundredths back in 52.36, dropping half a second from the best time she set this morning.

Plus, anyone who loves a 50 SCY free has an exceptionally high IQ.