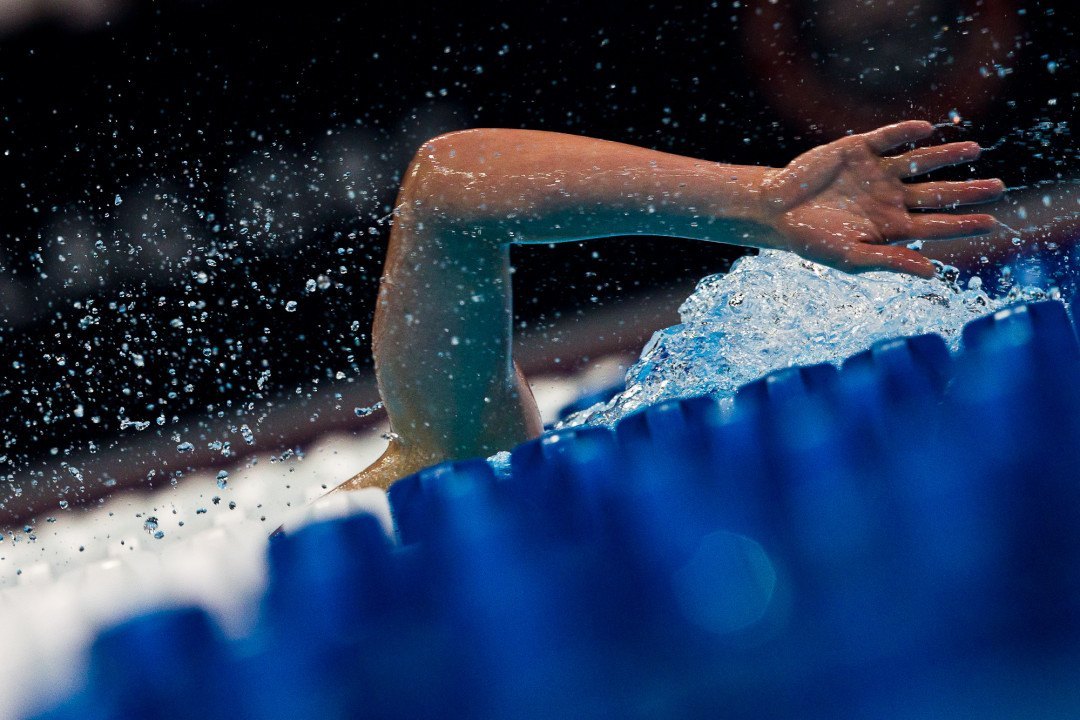 The Ohio State women hosted a very low-key, one-day Last Chance meet on Sunday in Columbus, and on the surface,... Stock photo via Tim Binning/TheSwimPictures.com

The Ohio State women hosted a very low-key, one-day Last Chance meet on Sunday in Columbus, and on the surface, it doesn’t appear as though anyone was able to secure at NCAA qualification spot at the meet.

The closest anyone came was Ohio State’s Zulal Zeren, she swam a 1:55.36 in prelims of the women’s 200 back (and was a hair slower in finals). That improved upon her season-best by .91 seconds and moves her up into a tie for 50th place, but unless there’s a lot of swimmers who opt not to try this race at NCAA’s, that swim is unlikely to earn a spot in Greensboro (top 39/40 went last season).

Among others attempting to improve their standing was Michigan junior Marni Oldershaw, but her 1:58.43 came up just short of the 1:58.14 that she did at Big Tens that currently ranks her 43rd in the country.

Looking ahead of her, there are a few swimmers who are unlikely to swim this race at NCAA’s. Those who jump out as unlikely entries, based on their history, are Texas A&M’s Sarah Henry and Beryl Gastaldello and Cal’s Rachel Boostma, but Oldershaw is still in a very precarious qualifying position. Dropping even a tenth of a second would have all-but-assured her a place in the meet.