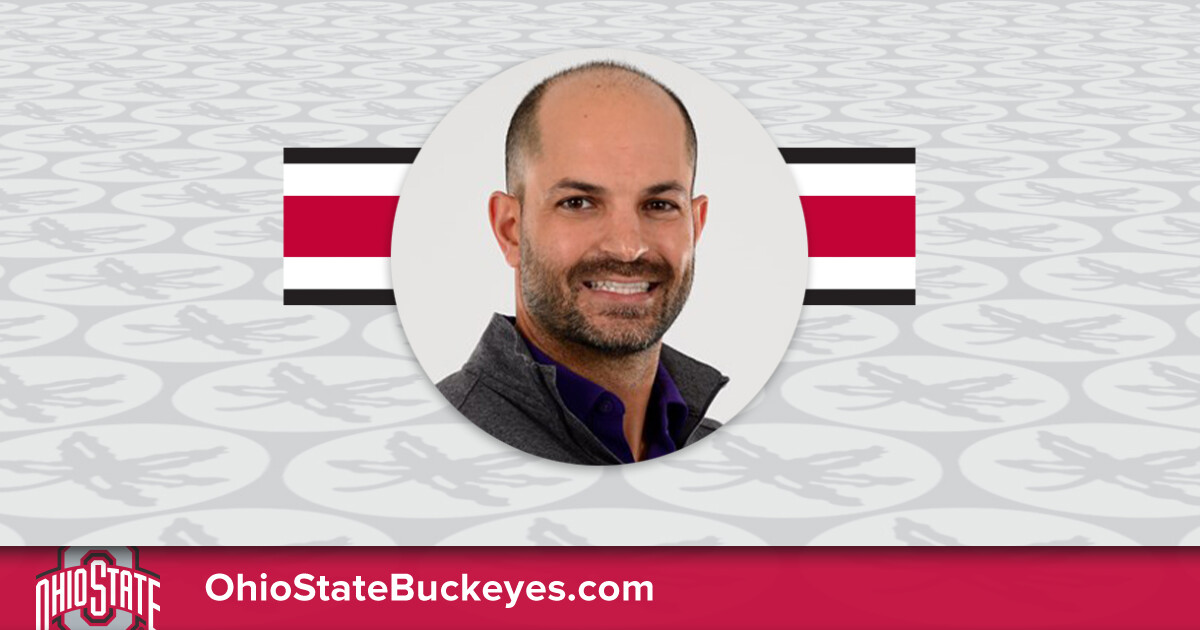 Ohio State University has hired Ignacio Gayo as an associate head coach with the men’s and women’s swimming & diving program. This means Ohio State has now filled three of its four available assistant coaching positions in an offseason where the staff had a near-complete turnover.

“Ignacio is a rising star in our profession,” Ohio State head coach Bill Dorenkott said. “He comes to Ohio State with the highest of recommendations from across the country. We believe Ignacio has the work ethic and vision to help elevate Ohio State swimming and diving to a higher level in the Big Ten, NCAA and internationally.”

Gayo comes to the program from another Big Ten program: the rising squad at Northwestern University. He spent the last two seasons with the Wildcats, joining the team as one of the first hires after Katie Robinson was promoted to head coach.

At Northwestern, he was part of the program’s rise up the Big Ten ranks. The Wildcat women finished 4th in 2021 and 5th in 2022. Along with a 4th-place finish in 2020, those were their best placings since 2008 (5th place). The Ohio State women, by comparison, have won the last three conference championships.

The Northwestern men were 6th at last year’s Big Ten Championships. The last three seasons for the Wildcat men were also a high-water mark following their last 6th-place finish in 2008.

At Northwestern, Gayo worked primarily with the team’s sprinters and butterfliers.

Under his guidance last season, sprinters Maddie Smith and Jasmine Nocentini and flyer Miriam Guervara earned A Final finishes in two events a piece at the Big Ten Championship meet. Smith and Nocentini finished top eight in the 50 and 100 free while Guervara took fourth and fifth in the 100 and 200 fly, respectively.

In his first season at Northwestern, Gayo helped Smith to a silver medal finish in both the 50 and 100 free at the 2021 Big Ten Championships. She went on to take seventh and first team All-America honors at the NCAA Championships that same year.

“The number one characteristic we sought in the hiring of Ignacio is his ability to connect with young people,” Dorenkott said. “He is a humble and hardworking individual who has brought value to every institution he has touched as an athlete and as a coach.”

Prior to Northwestern, Gayo spent 13 seasons at Florida International University, including three as an associate head coach. He also had a two-season stint as a graduate assistant at Missouri State, giving him a total of 17 years of NCAA Division I coaching experience.

That college experience is complemented by two years as an assistant coach with the Metro Aquatic Club in Miami from 2011 through 2013, overlapping with his time at FIU.

Gayo is a 2008 and 2011 graduate of Missouri State University, where he earned both his bachelor’s degrees in computer information systems and information technology service management and master’s degree in administrative studies with emphasis in sports management. He was team captain for the Bears during his senior year and was named the Missouri State Freshman of the Year in 2004 and MSU Outstanding Student-Athlete in 2006. He also earned All-Missouri Valley Conference honors in 2004 and 2005.

The Ohio State coaching staff will look much different this upcoming season than it did this past season. Associate head coach Dorsey Tierney-Walker left Ohio State at the end of May, Matt Bowe joined the Cal men’s coaching staff, and Bryon Tansel most recently joined the Louisville staff.

This is a great move for the Buckeyes! Gayo’s expertise will definitely be beneficial for the sprint group. He’ll be lucky to be coaching that group of swimmers, working with high-level support staff, and working for Bill Dorenkott.

Gayo has big shoes to fill with what the Ohio State assistant coaches did on the sprint side and relays. On a different note, I heard that Coach Dorenkott got a new contract this year. Seems strange when so many coaches left the team. Surely Braden has more details on that?

Three B1G Championships in a row. Men and Women Top 10 at NCAAs. Yes, very suspicious to offer a new contract.

Don’t really care if the man got a new contract or not. Good for him if he did. More worried whether or not OSU can replicate recent successes with so many new coaches. Hiring a former SA without any coaching experience is a bad/desperate look. This hire appears good on paper. Bill is an ego guy, and the athletes don’t speak fondly of him, so this next cycle of recruiting will indicate if the ship has sailed in Columbus or if he reloaded on the coaching front. Good luck!

This is going to be a great fit! Nacho has produced elite performances everywhere he has been! Big things coming at Ohio State!

Can’t wait to see what this guy can do as a Buckeye. He’s a beast.