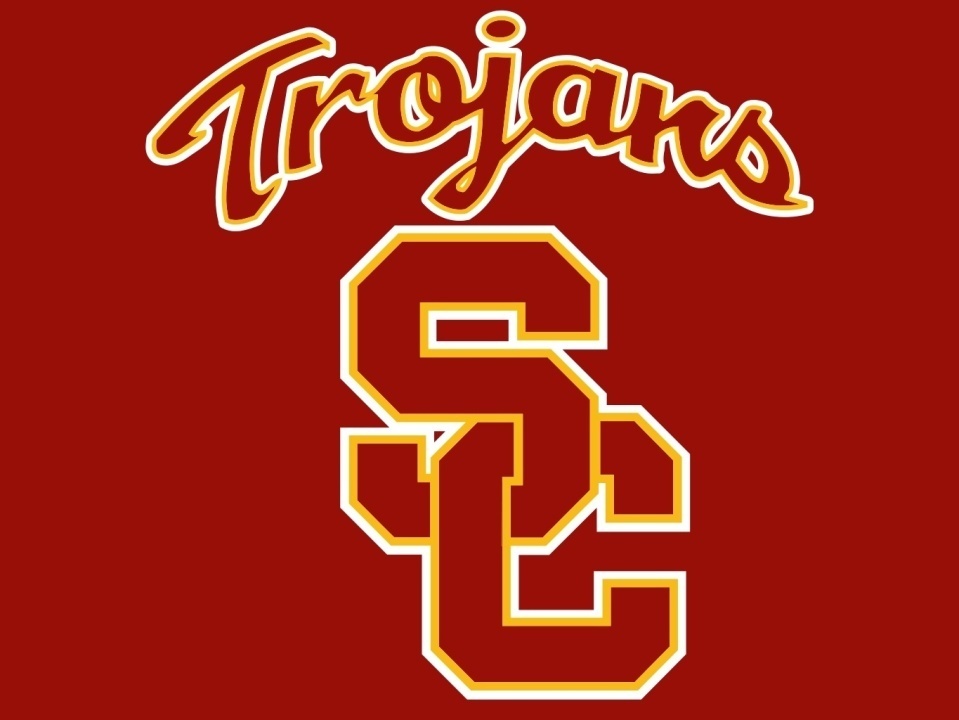 Caroline Pennington, the 2022 Pac-12 champion in 1650 free, has entered the transfer portal. She competed for the University of Southern California in the second semester of the 2021-22 NCAA season.

As the #19 ranked recruit in the high school class of 2021, Pennington originally committed  to the University of Virginia and was set to compete there in the fall of 2021. She briefly trained there and attended classes for three days, but she never made an appearance for the Cavaliers and ended up being listed as a freshman on USC’s roster in January 2022. She represented USC for the first time at a dual meet versus Stanford on January 29, 2022.

In her time at USC, Pennington saw the most improvement in her 1650 free, which has developed into her best event by a significant margin. From December 2020 to now, she has dropped nearly 15 seconds in the event and has established herself as one of the best yards distance swimmers in the nation.

Coaching-wise, USC had a tumultuous 2021-22 season. In fall 2021, their then-head coach Jeremy Kipp was placed on administrative leave and associate head coach Lea Maurer was named as the interim head for the rest of the season. She ended up leading the Trojan women to a 3rd-place Pac-12 finish and a 16th-place NCAAs finish, and also helped the men finish 4th at Pac-12s and 26th at NCAAs. Eventually, in April 2022, Maurer was officially appointed as head coach.

USC has seen many of their swimmers enter the transfer portal lately, with Billy Cruz, Jade Hannah, and Daniel Matheson being just a few of the names. Another Trojan, Chris O’Grady, entered the transfer portal but then withdrew his name. The team also has one incoming transfer, Elise Garcia, who is using her fifth year of eligibility at USC after competing at Cal.

Pennington’s transfer portal entry comes after the May 1 deadline for all fall and winter sports. In addition, since this is Pennington’s second time transferring out of a four-year school, she will be required to sit out of competition for a year unless she applies for a waiver. SwimSwam has reached out to her to ask about her plans for fall 2022.

Hope she finds what she is looking for

i feel like distance swimmers have limited options for colleges.

I think there are more places you can go be successful than most realize. Wisconsin, Alabama, & Northwestern are all non traditional names that had all Americans in the 1650 this year. Virginia, Texas, and Georgia have been really good in distance the last few years. Josh White at Michigan, Dino at NC State, Dorenkott at OSU, and Nesty at UF all know how to prepare athletes for those races.

Even with having the common “Badger experience” connection with Maurer, she’s still bolting? Very interesting.

Okay, can someone admit all of this is strange? I understand a handful of transfers with a coaching change but this is out of control. The men’s team has straight up left SC, and now the women are starting to pack their bags as well.
This isn’t low level talent leaving, this is creme of the crop talent for SC. So people can keep saying “Not all transfers are by choice of the athlete” but who in their right mind would tell these athletes to leave?

That’s what you would definitely think. Caroline is very talented and Jade is an olympian, but that doesn’t mean everything. If you are rude, immature, party too much or just batsh*t crazy, then you will be asked to leave. Just how that works. Those who are at USC or have insight know why these girls are going. It is not by choice.

18
-12
Reply
Ugly IS my alibi
Reply to  USCadvocate

Thanks for the input. Is it possible this has gone too far? Curious if the team feels like they are walking on eggshells? Over partying is no good but not partying is bad and this balance is subjective and if there is some kind of internal team policing then that would be terrible for the team. I saw this first hand in college and it was not fun.
Too restrictive and punitive an environment and you’ll get attrition just like in business.
Not sure what’s going on but it seems possible this has to be reigned in a bit

Pac-12 runner-up Chris O’Grady is staying for the men’s team, so it’s definitely not a full exodus.

I can tell you for a fact she’s not being forced out. This is her choice. She’s a great teammate.

Yeah but if you know that “for a fact” then you also know that Jade Hannah was removed from the team for sending nasty text messages about the coaches.
So….he’s not wrong…

If every college swimmer that has sent nasty text messages about coaches was removed from his or her team, there would be very few swimmers left. This comment is suspect. Jade may have been removed from the team, but @Turkmenistan, there has to be more to the story.

As a person close to the matter, reading these comments trying to take blind stabs at all of the transfers hurts quite a bit because these articles leave so much information out. Prior to this article, out of all of the people that have “transferred” out, only one has been down to personal choices. With a new head coach comes a responsibility to bring order to a team and it is the coach’s responsibility to do so how they seem fit. It is even worse when some of the bitter people that have been cut from the team actively try to undermine their former team by taking up pseudonyms on swimswam to act as if they are thinking the common… Read more »

@TrojanBoi There’s some truth to this, but this also smells of someone close to the coaches working hard to spin what from the outside looks a bit like a dumpster-fire. The student-athletes on the team have a good reputation and even student-athletes not staying have good things to say about their teammates.

Basically they cleaned house. From what I was told everybody was given a timed swim and based off of “effort” (really how the coaches felt about them) they were kept or dropped. Pretty wild

My guess is she’ll go somewhere on the East Coast. She went from living on the East Coast her entire life to California which is not only a huge change distance-wise but also a culture shock. UGA or Florida would be great options for her as a distance swimmer.

I heard that it was hard for her to be so far away from home and she wanted to be closer to home. Cali-New York commute a doozy.

Totally false. This is not true.

Georgia or Florida haven’t produced distance swimmers in a while?

What’s the rule about having to be somewhere for two years before being allowed to transfer. Is that about money and not eligibility?

To my knowledge, there was never a “be somewhere for two years before being allowed to transfer” rule.

I think it was if you are transferring within the conference you have to wait a year before you can compete at the school you transfer to….but am not sure

Nobody wants to live or go to school in that part of LA. They need to develop a satellite campus down in Orange County

Any insight whether all these transfer entries are about Mauers being there or kipp not being there?

22
0
Reply
oxyswim
Reply to  Ugly IS my alibi

Pennington would have been recruited by Maurer or her staff, Kipp was on administrative leave before she was in the portal.

False. Both had a hand in recruiting her.

Not all of the transfers out of USC have been by the athletes’ choice.

Unfortunately, USC’s AD does not know a ton about swimming. Two horrible hires with Kipp and Lea. Bigger disaster with coaching before but really falling apart now. Feel bad for the athletes.

USC AD Mike Bohn might know “a ton” about swimming but he was recently named D1 Athletic Director of the Year for the remarkable turnaround of the Trojan football program and was the “architect” of USC and UCLA bolting the Pac-12 for the BIG. I have to think there’s a bigger plan in place than those looking at USC from the outside or posting on SwimSwam now. Painful and puzzling seeing the “outflow” now but I’m anticipating the “inflow” via the Transfer Portal. Similar situation with USC baseball with Bohn hiring a new coach. A lot of “outflow” with players leaving or being asked to leave and a very bare bones Baseball roster right now. Rebuilding USC Swimming and Baseball… Read more »

the coaches kicked them off ???

Pennington went into the portal voluntarily as did distance stars Matheson and Johansson and sprinter Leticia Transom and others. LM cut many swimmers, mostly male, but there is more going on behind the scenes.