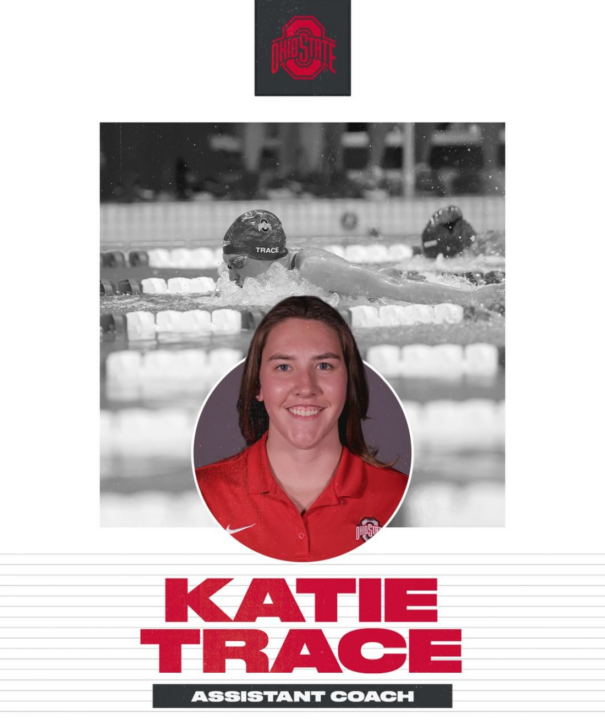 Hulme has been an assistant for the Buckeyes for the last six seasons. Hulme graduated from Ohio State in 2011 with a degree in economics and political science. He was a member of the Ohio State Men’s 2010 Big Ten Championship team.

After graduating from Ohio State, Hulme made coaching stops at Purdue, Michigan State, and Denver before arriving back as an assistant with the Buckeyes. Since arriving back in Columbus before the 2016-2017 season, Hulme has helped coach the Buckeye women to back-to-back-to-back Big Ten Championships from 2020-2022.

Ohio State head coach Bill Dorenkott spoke of Hulme’s promotion saying, “Mike brings a yeoman’s approach to his job. He is humble, hardworking and he embodies the qualities of servant leadership. This promotion is long overdue and a testament to Mike’s selfless demeanor. I am looking forward to sharing the deck with Mike long into the future.”

Hulme spoke of his promotion saying, “Being named associate head coach at my alma mater means a great deal to myself and my family, and I am ecstatic to move forward with this new role.” He continued, “Our program, coaches, and student-athletes have grown so much over the five years since we combined our men’s and women’s teams, and I can’t wait to continue that trajectory moving forward. I want to thank Bill Dorenkott, Mike Penner, Gene Smith, and President Johnson for their support.”

In addition to the promotion, Ohio State also hired Katie Trace who just finished up her fifth year as an athlete at Ohio State. Trace is a Columbus area native as her hometown is Upper Arlington, OH, which is about less than 10 minutes away from Ohio State’s campus.

Trace spent the last five seasons as an athlete at Ohio State. This past season, she was the Buckeye women’s fourth highest scorer at Big Tens and was highlighted by third place finishes in both the 200 butterfly and 400 IM.

Dorenkott spoke of the addition of Trace saying, “Katie is a fourth-generation graduate of The Ohio State University and she represents all that is good in being a Buckeye,” He continued saying, “She chose to swim a fifth year and our staff often shared that it felt like having an extra coach in the water with the team. So, this was a natural progression and one that I feel very good about moving into the future.”

Trace spoke of staying at her alma mater saying, “After earning two degrees from Ohio State, becoming a coach here is the opportunity of a lifetime,” She continued by saying, “The expectation is excellence in all that we do. The people at Ohio State are investing in this mission and are passionate to be successful every day, and our swimming and diving program is no different. I’ve spent five years as a student-athlete being coached by both Bill Dorenkott and Mike Hulme, so I’m excited for the chance to work and learn alongside them in this chapter of my journey at Ohio State. I’m grateful to be able to take advantage of this new role in the program and continue the accomplishments we’ve achieved in recent years.”

The Ohio State coaching staff will look much different this upcoming season than it did this past season. Associate head coach Dorsey Tierney-Walker left Ohio State at the end of May, Matt Bowe joined the Cal men’s coaching staff, and Bryon Tansel most recently joined the Louisville staff.

Don’t they have a position or two to still fill? Big loss in terms of experience from Tierney-Walker to someone who hasn’t coached at all

agreed, while katie has been a terrific athlete, it will be interesting to see how she transitions and how the rest of the team will take it

When OSU is hiring a recent grad you know there’s trouble in Columbus. Dorenkott got rejected by the administration when he tried to hire Jeremy Kipp. Doesn’t help in the hiring when you’re in Croatia And Budapest because of a kid that Bowe actually coached

Also heard that Peresie turned down the job.

In his defense, OSU did have Charlie Clark at Worlds too, which I believe is one of Bill’s athletes. Nonetheless, I have heard he went after Jeremy Kipp in hopes of retaining some of their top tier talent with a ‘big name’ hire, but then everything came out about McKeever. The OSU athletes deserve better.

Obviously there is a good reason to hiring Katie on the staff. Many others would fight for that job. Especially when working at a successful athletic department.

going from being a teammate to coaching her former teammates can have an impact on the rest of the team. it would be better for her to take a break from OSU and come back once everyone she trained with graduates. sensing a desperation on Bill’s part and still does not help the sprinting groups which need someone solid and experienced in sprinting rather than mid distance rookie

this does not help their sprinting groups and they need someone in that area to keep points for all relays.

I thought Hulme was going to Utah tbh