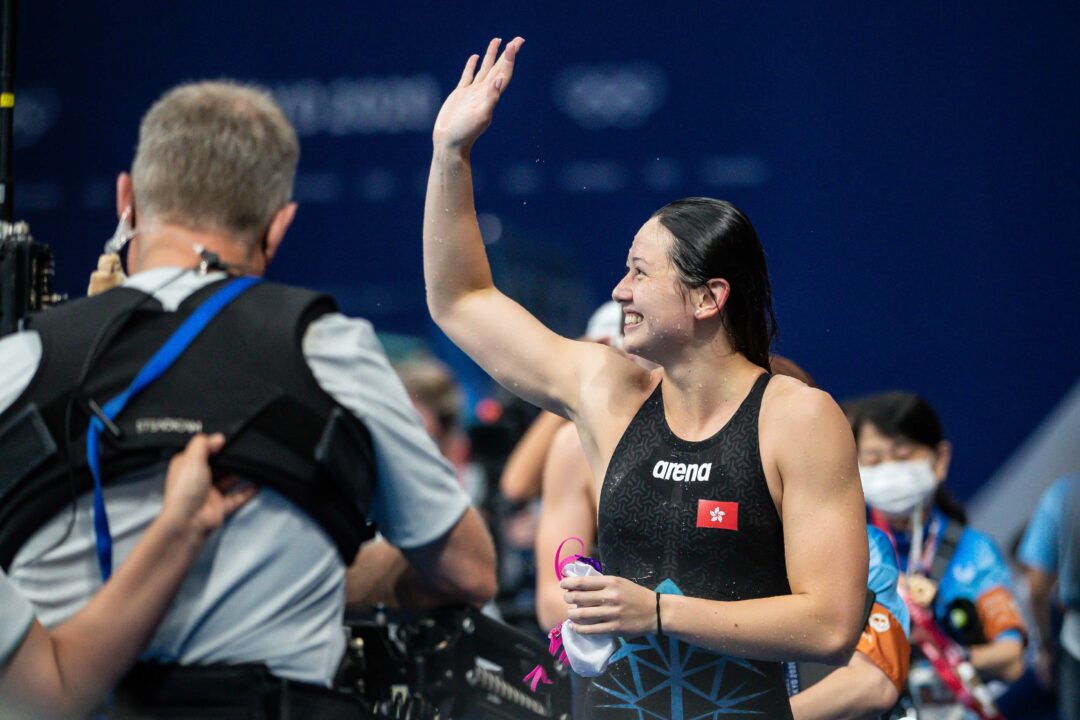 FINA announced the 20 members elected to its revamped Athletes’ Committee on Wednesday, with a ceremony taking place in Budapest during the 2022 World Aquatics Championships.

The committee features representatives from all six aquatics disciplines and FINA’s six regions, and is also split evenly between men and women.

The committee makeup is as follows:

Some of the athletes were running unopposed, meaning that only seven of the 20 spots were elected by their peers.

The committee’s purpose is to give the athletes more of a voice in the decision made by FINA.

“Athletes are the heartbeat of aquatics,” said FINA President Husain Al-Musallam. “There is no sport without athletes. This is why I am so proud to be part of these historic elections today.

“With equal gender representation and athletes from all six continents across all disciplines, I have no doubt that those elected will strengthen and promote the athletes’ voice for the benefit of the entire aquatics community.”

The Committee Chair, Atkinson, will act as an ex-officio member of the FINA Bureau to communicate athlete perspectives on a variety of matters.

“Today marks another significant step forward for both FINA and all aquatics athletes,” Atkinson said.

“The Athletes’ Committee will act as a critical link between athletes and FINA. Having the athlete community choose those who represent them in important decisions is critical for the future development of our beloved sport.”

Along with the 20 members elected, an additional six will be appointed by the FINA President, six more Honorary Members will also be appointed by the FINA President, and the two aquatic athletes who are members of the IOC Athletes’ Commission, Daniel Gyurta (Hungary) and Federica Pellegrini (Italy), will also be on the committee. That means a total of 34 athletes will be on the FINA Athletes’ Committee.

FINA’s previous Athletes’ Committee featured 16 members, with the biggest difference with this revamped version being that it features athletes elected by their peers.

The new committee also features members much closer to their competitive careers. They don’t need to be active, but must’ve competed at either the previous two World Championships, previous two Olympic Games, or the Worlds where the most-recent elections are conducted.