No. 6 Cal Completes Weekend Sweep of No. 4 ASU In Women’s Water Polo Action 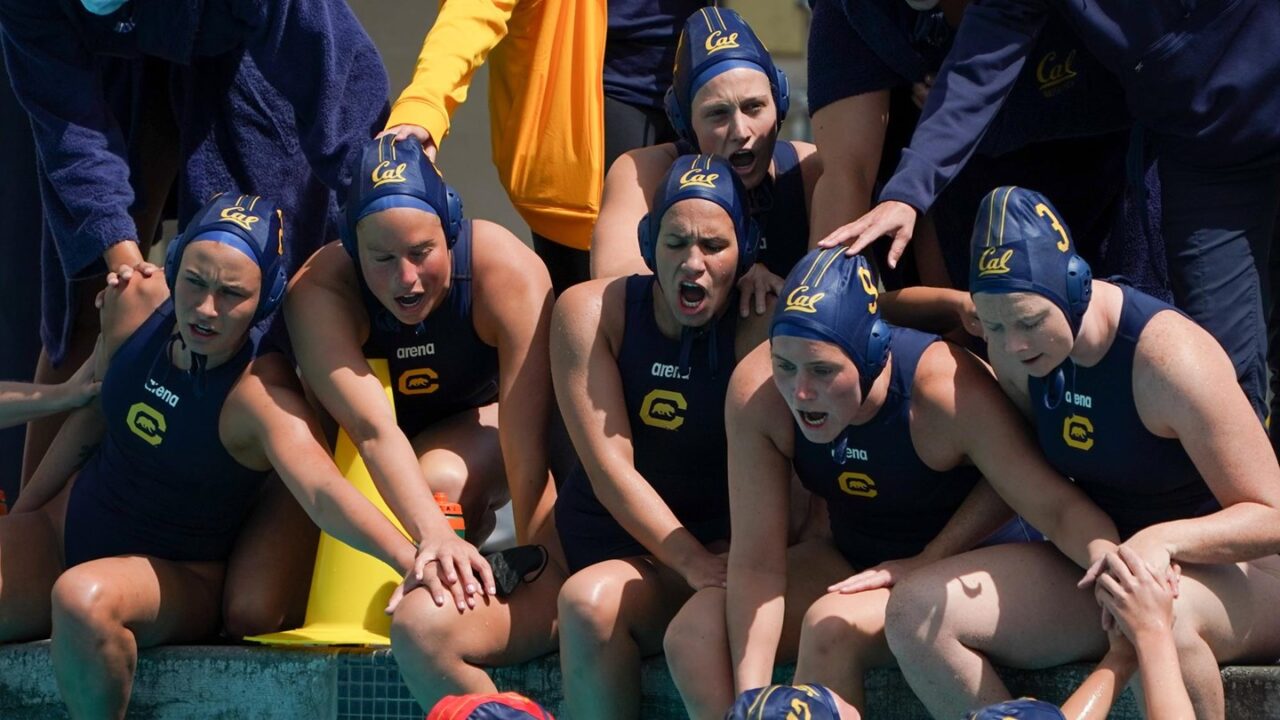 Junior Elli Protopapas scored a clinching goal in the final minutes as the Bears completed a season-defining weekend sweep of ASU with a 5-3 victory at home. Current photo via Catharyn Hayne/KLC fotos

The ninth-ranked Tritons look to keep their unbeaten conference record intact against No. 15 Long Beach State.

Arroyo led the Tritons in scoring in a split series against UC Davis with seven goals.

The sophomore recorded a career-best tying 11 saves and added one steal in the Saints’ battle at #24 Iona last Saturday.

BERKELEY – The No. 6 Cal women’s water polo team held No. 4 Arizona State scoreless into the fourth quarter and junior Elli Protopapas scored a clinching goal in the final minutes as the Golden Bears completed a season-defining weekend sweep of the Sun Devils with a 5-3 victory at Spieker Aquatics Complex.

The Bears, who are quickly establishing an elite defensive identity, didn’t yield a Sun Devil goal until the first possession of the fourth quarter. But Cal only led 4-0 at that point and needed Protopapas’ pivotal goal with 1:23 to play to finally secure the victory.

“Defense was important for us,” said Cal senior All-American Brigit Mulder, who had one of her best all-around games of the season with a goal, assist and two field blocks. “We’ve been practicing our defense a lot the last couple weeks. Our offense was there but our defense lacked sometimes. In the past few weeks it’s been really cool to see how much we’ve improved on defense.”

Protopapas had two goals to lead the Bears while All-American goalie Cassidy Ball completed a dominant weekend with eight saves.

Cal (7-4, 2-4 MPSF) scored three goals in the first quarter and it remained 3-0 at halftime. Mulder found the cage with 41 seconds left in the third period to extend the Bears’ advantage to 4-0.

But ASU scored on each of its first two possessions of the fourth quarter to cut Cal’s margin in half. The Bears called timeout a minute later and didn’t allow another goal until the Sun Devils added their final score with 26 seconds remaining and the game in hand.

Protopapas provided the comfort room the Bears needed after taking a pass from Mulder and depositing the ball into the upper right corner of the cage.

“I actually got goose bumps when she scored,” Mulder said.

After dropping their first four MPSF games of the season – two to No. 2 UCLA and two to No. 1 USC – the Bears’ find themselves firmly on the national map with their victories over ASU this weekend. Cal defeated the Sun Devils 12-7 on Saturday.

“We didn’t have any games during spring break and I told them I wanted to get better and just concentrate on us,” Cal head coach Coralie Simmons said. “Moving forward, I want to continue to do that – not worry about our opponent and focus on ways that we can get better. We still have a ways to go in terms of growth. I’m looking forward to seeing us mature and playing tough teams even better down the road.”

The Bears resume MPSF play next weekend with a pair of games at No. 17 San Jose State.