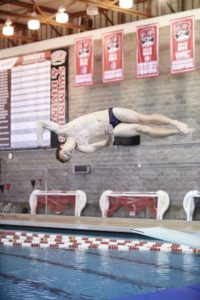 The University of Florida men’s and women’s diving teams will compete in the Auburn Diving Invitational over the next four days.