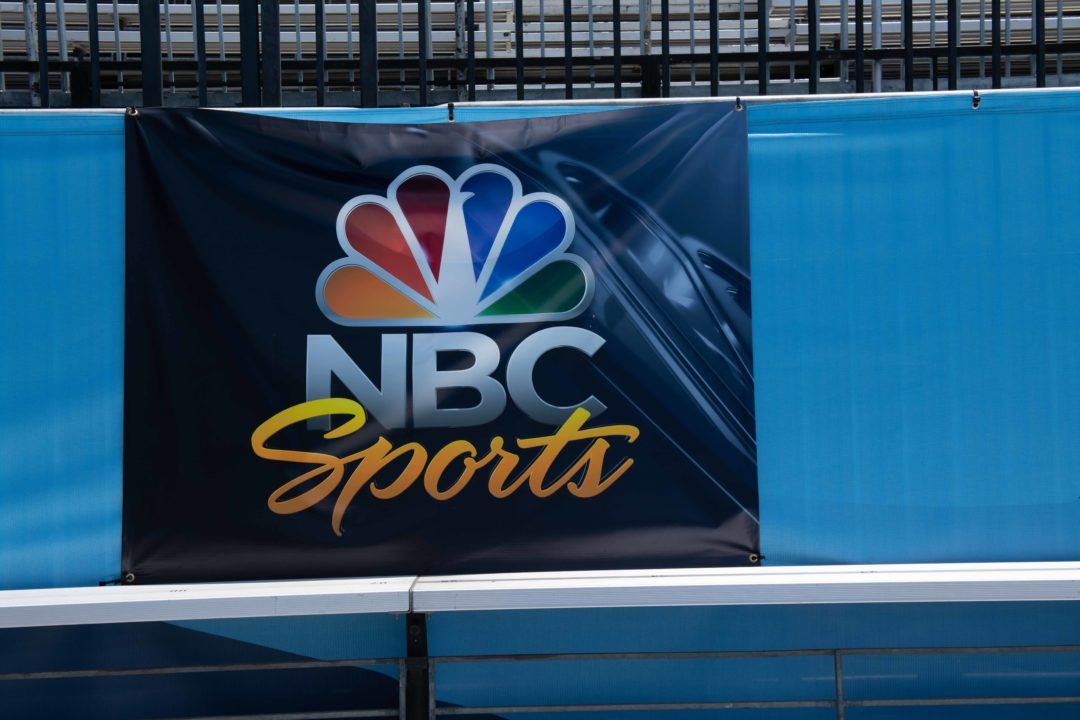 NBC‘s new streaming service, Peacock, is set to join the likes of Netflix, Disney and HBO in the highly competitive “streaming wars”, and will kick things off with live coverage from the 2020 Olympic Games in Tokyo.

The service’s official launch date of April 15 marks the exclusive opening for Comcast’s Xfinity X1 cable customers and its Flex streaming customers. The rest of the US will have access beginning on July 15, one week before the Games.

The Olympics will help kickstart the service, as NBCUniversal announced that Peacock will feature five hours of daily live coverage from Tokyo, along with three dedicated studio shows streaming only on the service that will provide highlights and analysis.

Though there haven’t been details released on the specific sports the service will be showing, it’s safe to assume swimming will be featured prominently given its typical primetime slot.

The free version will limit your viewing options, as expected, while the two paid options are called “Peacock Premium”. The difference between the two is that the $9.99 service is ad-free.

Comcast and Cox customers will get a $5 discount, at least initially: they can either get the ad-supported option for free or the ad-free version for $4.99.

By offering a free version, NBC is hoping to have a leg-up on its competition and get a large subscriber base quickly.

Though they have stated that international expansion will come eventually, the service will only be available in the United States for the foreseeable future.

Peacock will also be featuring some Olympic sports documentaries, including one about 12-time Olympic medalist Ryan Lochte entitled “Hot Water: In Deep with Ryan Lochte”, covering his comeback to the sport after the 2016 gas station scandal.

Another swimming themed doc will be “The Greatest Race”, documenting the US men’s epic comeback win over France in the 400 freestyle relay at the 2008 Olympics in Beijing.

Read more on the documentaries here.

Along with the Olympic coverage, Peacock will have more than 600 movies and 400 series available, including reruns of NBC shows such as “The Office” and “Parks and Recreation,” along with some original programs.

In August of 2020, the platform will feature 2,000 hours of Premier League coverage, and, in September, it will stream the Ryder Cup golf tournament. They are also expected to delve into other sports moving forward.

You can read more about the service here.

Lol. 5 hours only, and they hold the rights, and subscribers pay.

That’s 5 hours on a new platform, plus all of the TV hours and every event being streamed live. 5 hours of daily live coverage is just a cherry on top of this delicious sundae..

https://www.latimes.com/sports/olympics/story/2019-12-07/its-never-too-early-for-nbc-to-prepare-for-the-2020-olympics-in-tokyo
“With the 2020 Summer Olympics on the horizon, it is also serious business for NBCUniversal, which will blast 7,000 hours of coverage from Tokyo over multiple channels as well as digital and social media platforms.”

Still wouldn’t trust that it will all be live .

Why wouldn’t you trust it? Every event has been streamed live each of the last 4 Olympics. You think NBC would change that? This may not be the platform where that live coverage airs, but this is separate from what they already had. And not to mention.. Peacock is going to have all the streaming of the Paralympics. That used to get buried on Team USA’s website, so that’s going to be a very nice addition to their coverage

the BBC will anyway cover way more for subscribers ….. always did in each Olympics

Well they better show the swimming live because it is their fault the heats and finals are stuffed up. Too bad for the Japanese hosts and all of us in this time zone . We all know that they haven’t always shown it live all over the USA despite being the cause of midnight finals in Rio etc. etc. it’s unconscionable .

They finally went live to all time zones in Primetime from the last Winter Olympics in Korea. Hopefully they’ll do that again this time, especially with all of the swimming finals in U.S. east coast primetime

If the Premium version was without RG comments, it would be worth it!

Lots of confidence in this comeback…

The best job NBC ever did covering the Olympics was their “TripleCast” broadcast of the 1992 Barcelona Games. IIRC it cost $100 for access to three dedicated cable featuring live and recorded action (including prelims, etc.). TripleCast was clearly ahead of its time, and NBC lost money on the deal — it didn’t repeat TripleCast in subsequent Olys. I blame their failure on poor marketing, not a bad product.

I was about to say that when I read the article! The 1992 Olympics were fantastic….. I remember staying up all night with friends watching all the swimming prelims! I couldn’t believe I was able to watch those races! It was quite nice! Just live feed from the swimming pool….. I was so pumped to see Seattle local boy Uger Taner swim the prelims of the 200m fly for Turkey…. 😀 I was so worried I would fall asleep and miss it…. Ahhhh memories….. The early 90’s were awesome…..

I’ve said it for years.. the TripleCast was both the best thing and the worst thing ever to happen to Olympics coverage. It was a great idea, a little ahead of its time, but just executed really poorly

We’re one step closer to every sporting event being available on all our devices. There’s a small but hungry audience in the US for Bangladesh v. Pakistan football matches, Serbia v. Belgium in handball and so on that isn’t being fed during the Olympics.

NBC makes every event available to be streamed on virtually any device. Yes, that only applies if you have a cable subscription. If you do though, every event at the Olympics can be accessed live.

Kinda sounds like NBC is going to withhold certain portions of the event to make you pay more to see it. Seems to be the direction a lot of media outlets are headed. Bummer.

If you want to watch the last 15m of the A finals you have to subscribe to NBC Peacock Plus Exclusive to purchase the Olympic Premium Pass for the low cost of $39.99 a month

Yes and no. They said the Opening and Closing ceremonies will be “exclusive” on Peacock, so that’s not encouraging. But when they mention event coverage, the read I get is that it will be in addition to all events streaming live on the NBC Sports App like they’ve done the past few Olympics. And that their live coverage will probably be more of a whip-around style show rather than a specific event that can’t be seen elsewhere.

You’re right that it would be just like Comcast to do something sleazy like that, but I believe (or at least I hope) that Peacock represents an addition to NBC’s OTT Olympic offerings, not a replacement for them.