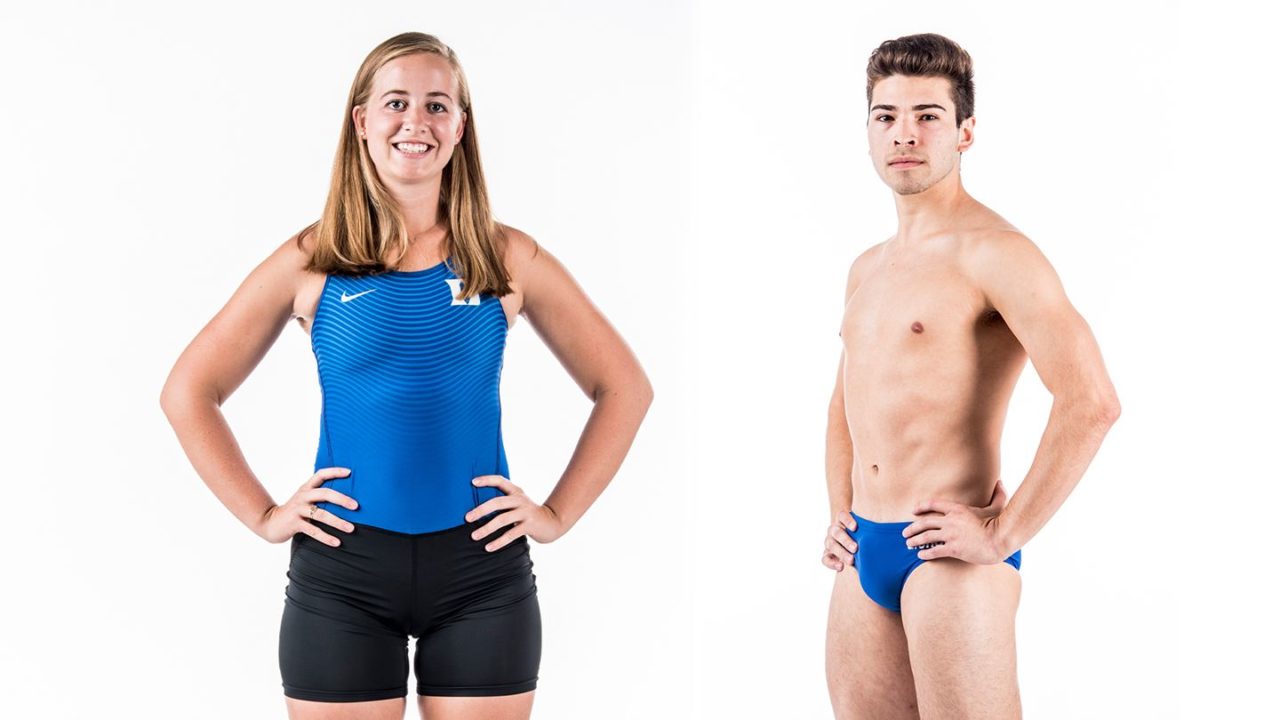 Hernandez was a four-time NCAA qualifier, four-time ACC Diver of the Week and finished his career second all-time at Duke in all three diving events. Current photo via Duke Athletics

The Heidrick Family Leadership Post Graduate Scholarships were established through a generous gift by Bob Heidrick and his family. The recipients are chosen not only for what they have contributed to the leadership community within Duke Athletics but also by who they are as people, how they have grown in the area of leadership and how they have used their leadership development to enhance the community during their undergraduate career at Duke University.

Two Scholarships will be awarded in the amount $10,000 each to two graduating Duke student-athletes. The funds are to be applied toward the continuation of their academic endeavors at the graduate or professional school level.  Funds must be used within three years of each recipient’s graduation from Duke University.

A five-time CSCAA All-America selection, Hernandez enjoyed a storied career on the Duke diving boards. The Southlake, Texas native was a four-time NCAA qualifier, four-time ACC Diver of the Week and finished his career second all-time at Duke in all three diving events. Academically, Hernandez was a four-time All-ACC Academic and two-time First Team CSCAA Scholar All-America selection. In addition, he was an active member of ATHLETE ALLY, a three-year ACTION mentor for freshmen, a two-year SAAC representative and participated in the Rubenstein-Bing Student-Athlete Civic Engagement Program after his sophomore year.

Spencer has served as a Student-Athlete Advisory Council representative for the past three years and has remained engaged in various leadership opportunities on campus. A four-time selection to the All-ACC Academic Team and two-time CRCA Scholar-Athlete, she has also assisted in the Duke Department of Student-Athlete Development. The North Hampton, N.H., native emerged as a key contributor on the water during her junior season, when she helped lead the varsity-eight boat to a silver medal at the ACC Championship and a spot in the NCAA Championships.

Hernandez will make use of the scholarship as he continues his education while beginning a PhD program in Pharmacology at Duke in the fall.