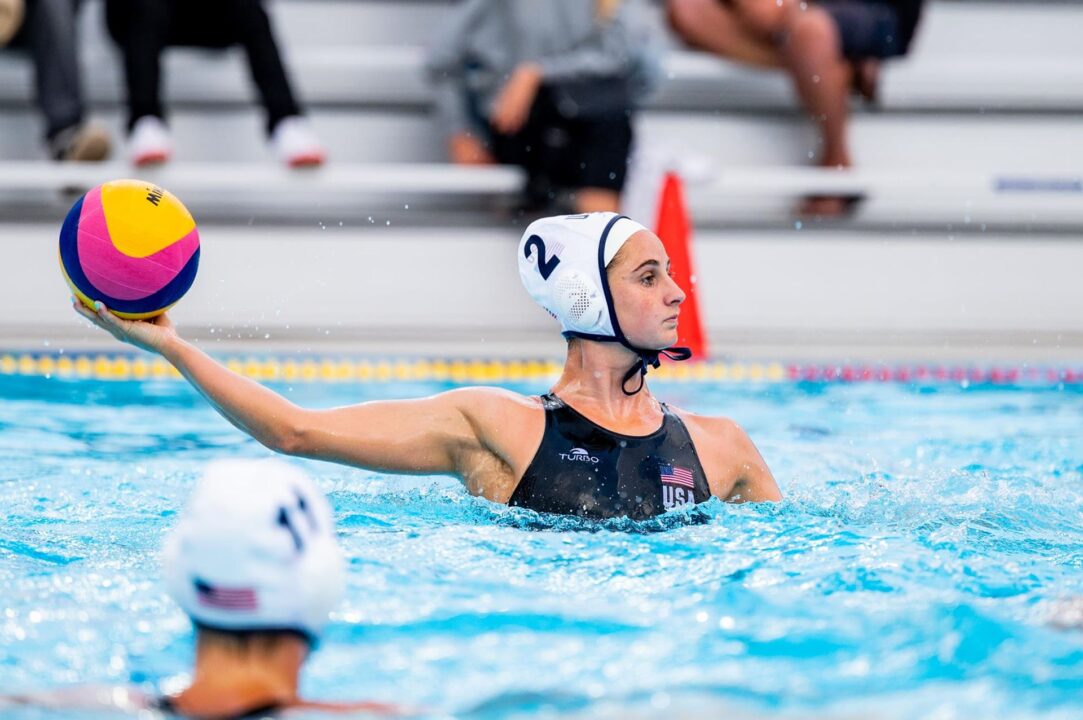 Hungary stormed back from down four goals in the fourth period, scoring three straight to cut its deficit to 8-7 with just over a minute remaining. But with 44 seconds left, two-time Olympic gold medalist Maddie Musselman tallied her match-best fifth goal of the day on a penalty conversion to seal the Americans’ 9-7 victory over the host nation.

Ryann Neushul added three goals and goalkeeper Ashleigh Johnson made 10 saves for the U.S. Only ahead 4-3 at halftime, they took control in the third period by outscoring Hungary 3-1 during the frame. After the win, U.S. head coach Adam Krikorian praised the atmosphere at the Alfred Hajos National Sports Swimming Pool in Margaret Island.

“We never played in such circumstances, anything similar to that,” Krikorian said. “In the first quarter it was like, ‘This is incredible. I can’t hear myself think, my players can’t hear me…’ It was amazing. This is the Mecca of water polo, a world champion place. I was thinking, with all honesty, it doesn’t matter if we win or lose, it is an honor to be part of this. This result is a huge shot for (Hungary head coach) Attila’s (Biro) team and I’m jealous to see this kind of support his team enjoys, to see how the Hungarians love water polo.”

Greta Gurisatti led the Hungarians with three goals while Rita Keszthelyi pitched in a pair, including their last goal that brought the reigning Olympic bronze medalists within one late in the game. Hungary head coach Attila Biro still seemed upset about the officiating following the defeat.

“The US team was slightly better today, though they benefited from a couple of easy calls, which they don’t need as they are better than all the other teams, anyway,” Biro said. “We wanted to win this title and we had a chance, but I also have to admit that in some critical situations we also made mistakes. We cannot deny we had a couple of weaker shots; we couldn’t set up our six on fives on many occasions, though we had to fight much more to earn exclusions than at the other end.”

In the third-place matchup, Netherlands rallied from down 4-1 to beat Italy, 7-4, and earn the bronze medal. Dutch goalkeeper Laura Aarts made eight saves and only allowed one goal during the team’s second-half run.

It was Netherlands’ first medal since 2015 and sixth overall, breaking a tie with Italy (five total medals).

Spain ended its disappointing tournament on a high note with an 8-5 victory over Australia in the fifth-place match. In the seventh-place duel, Maria Myriokefalitaki scored five goals to power Greece past France, 16-7.

With one nonsense penalty at 5-4