Moroney and Muzzy Slated to Double Up on ACC Day 3 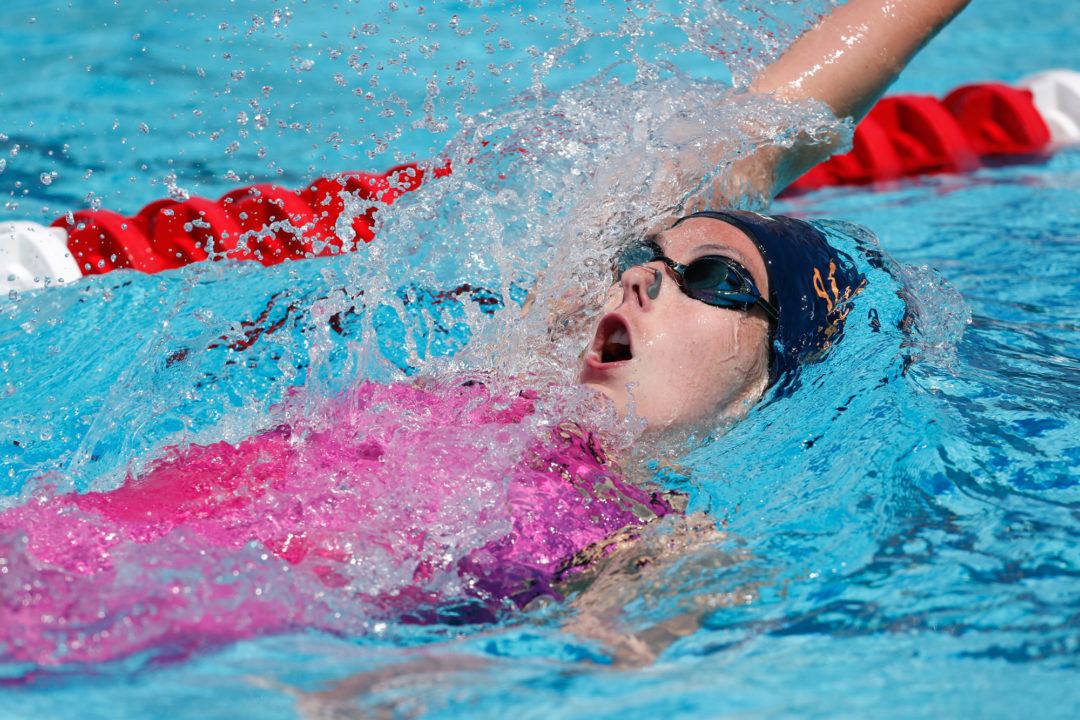 Megan Moroney and Emma Muzzy will each be going after two events, while Mallory Comerford will focus on the 200 free, as all three swimmers' schools are still in the hunt for the team title.

Heat sheets for Day 3 of the 2019 ACC Women’s Swimming & Diving Championships revealed a bevy of scratches — not at all surprising given the number of swimmers who were over-entered on on the psych sheet.

What it is a little more surprising is seeing not one, but two, women doubling up with some fairly unusual event combinations. UVA junior Megan Moroney appears to plan to swim both the 200 free and the 100 back. Given the events’ proximity to each other, it’s not something you see often, but Moroney has done it before — she finished 2nd in the 200 are and 3rd in the 100 back last year with that event lineup.

NC State freshman Emma Muzzy, meanwhile is going after the 400 IM and 100 back double. Few swimmers want to do much after swimming the 400 IM, but she’s the top seed in that event, and perhaps the NC State figures she can coast a bit in prelims and still have enough in the tank to score points in the 100 back at the end of the session — she was seeded 11th there, and with two scratches ahead of her, she could even still make the A-final.

Mallory Comerford, who won the 500 free last night, has scratched out of the 100 fly to focus on the 200 free, while Morgan Hill, last night’s 50 free champ, has done the opposite, opting for the 100 fly instead of the 200 free.