Molly Hannis Out of SC Worlds Due To Death in Family 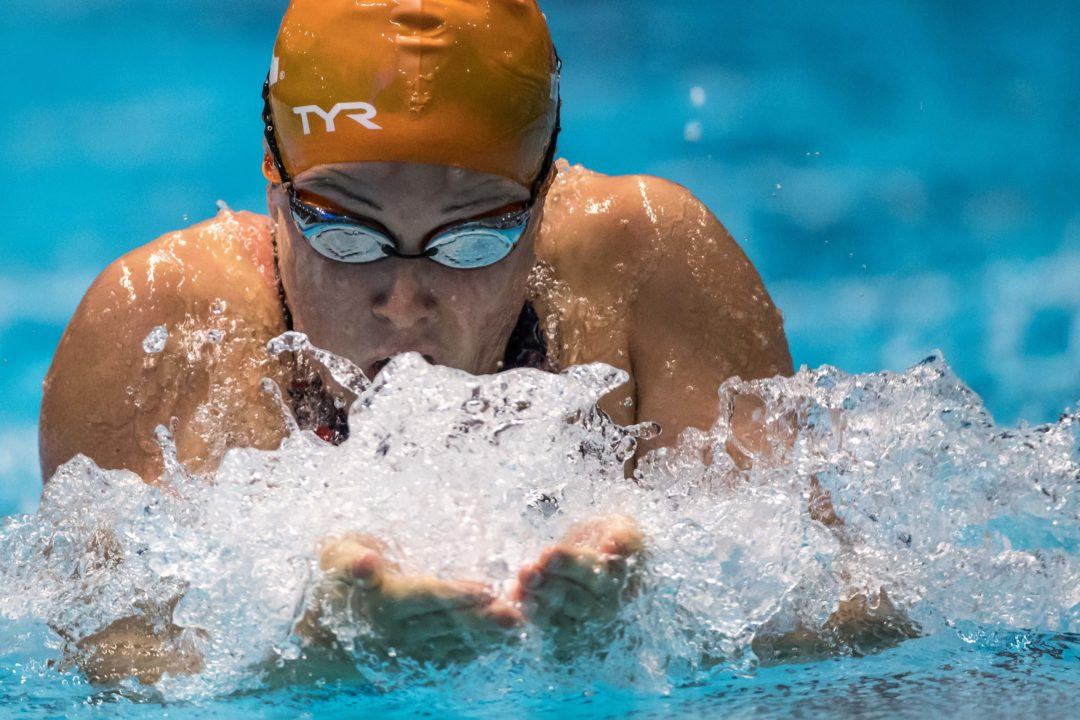 American breaststroker Molly Hannis has returned home from China after learning that her father had died unexpectedly, according to TV commentator Rowdy Gaines. Archive photo via Mike Lewis/Ola Vista Photography

American breaststroker Molly Hannis has returned home from China after learning that her father had died unexpectedly, according to TV commentator Rowdy Gaines.

Gaines was calling the first day of the 2018 Short Course World Championships when he revealed the news. Hannis had traveled to China and was slated to swim the 50 breaststroke on day 1 in Hangzhou, and was considered a likely medalist. But she scratched the event and is now not expected to swim the rest of the meet, which would have included the 100 breast and likely multiple medley relays. Hannis’s season- and lifetime-best of 29.51 would have qualified first into the finals of the 50 breast.

Team USA’s other breaststroker is Katie Meili, who qualified 5th into tomorrow’s 50 breast final. Meili is a 2016 Olympian who had a solid summer but declined her 2019 World Champs berth as she’s in the midst of law school. Meili should take over both women’s medley relays in Hannis’s absence.

Prayers For Molly & her family.

Deepest condolences to the Hannis family. I always enjoyed the time spent at meets with Mr. Hannis. He was always smiling and fun to be around-and so very proud of his daughter!

From one believer to another (Molly)…

“For God so loved the world that he gave his one and only Son, that whoever believes in him shall not perish but have eternal life.” – John 3:16

May God bless and keep you and your family, Molly.

To whoever disliked this comment:
You may not share in Retired Swim Mom’s religious views, however it is not in good taste to dislike this comment due to the seriousness of the topic.

Terrible news…praying for Molly and her family

What an awful shock. May the memory of Mr. Hannis endure as a blessing, and may his family and friends be comforted among all who mourn…

Prayers for the Hannis family and friends!