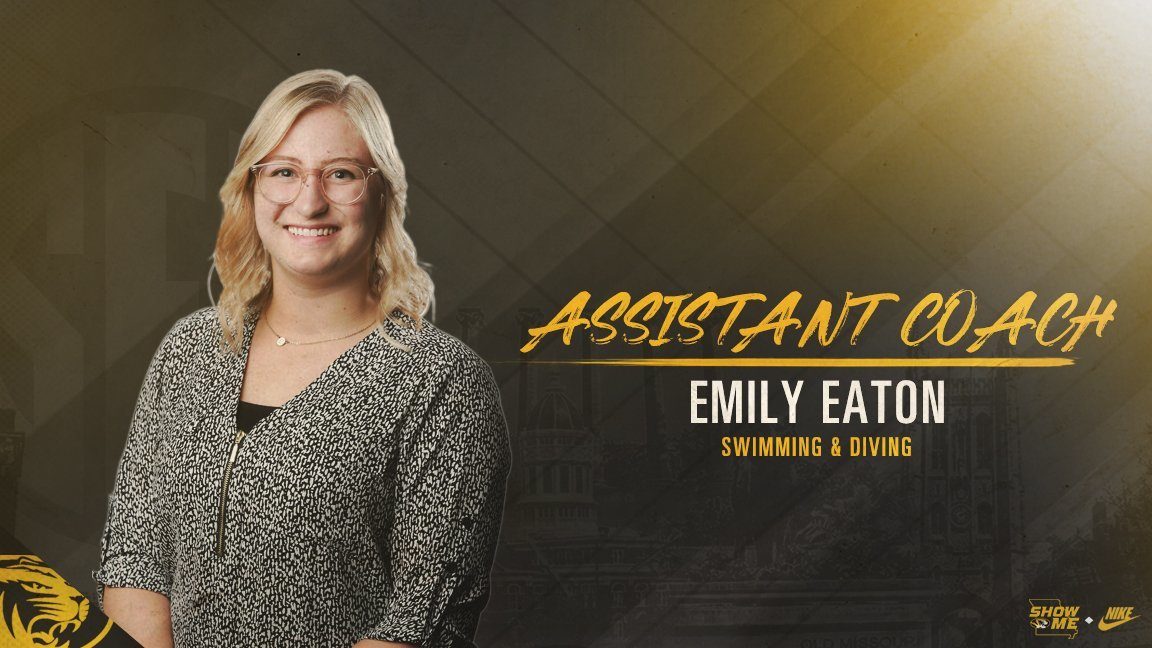 Mizzou men’s and women’s swimming & diving head coach Greg Rhodenbaugh announced the promotion of Emily Eaton to assistant coach on Wednesday. Eaton spent the 2017-18 season as the program’s Director of Operations and will continue her role there along with her new coaching duties.

“We’re excited to move Emily into an assistant coaching role this season,” Rhodenbaugh said. “She was a tremendous asset to our program last year and will continue her growth on our staff in the upcoming season.”

Throughout her first year with the Tigers, Eaton helped with the administrative and day-to-day aspects of the program, including team travel, and also handled team and promotional videos.

“I would like to thank Greg Rhodenbaugh and the entire Mizzou staff for this opportunity to continue to learn and grow as a coach,” Eaton said. “I feel so blessed to be surrounded by an incredible group of coaches and student-athletes who strive for excellence in all aspects of their life. I cannot wait to share my passion and love of swimming and diving with the athletes at Mizzou. Go Tigers!”

Prior to coming to Mizzou, Eaton was an assistant coach with Albion College for the 2016-17 season, where the men’s team claimed its first Michigan Intercollegiate Athletic Association championship since 1971. Prior to that, she coached at the Genesys Athletic Club in Grand Blanc, Michigan, where she began as an assistant in 2012 and was promoted to head coach in 2014.

Well deserved, she helped out at a Michigan swim camp my son went to and just seemed like she had too much knowledge for the sport to be a director of operations. She’ll do well in coaching.