Franklin will have her work cut out for her to get her times down by World Champs in August. Current photo via Mike Lewis/Ola Vista Photography 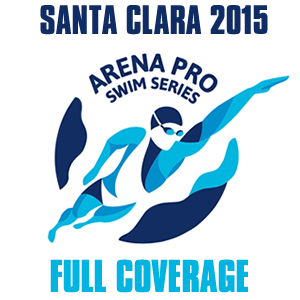 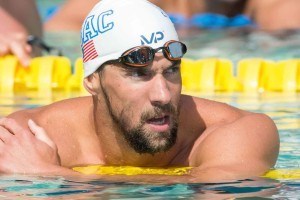 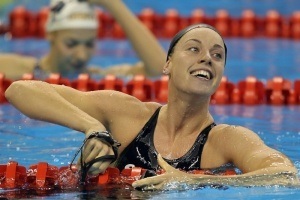 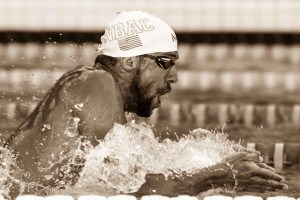 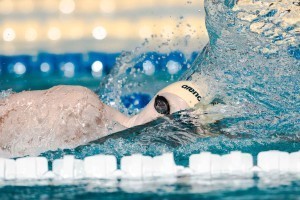 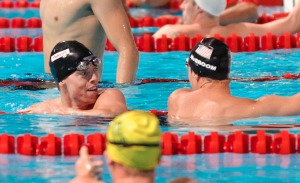 Olympic champ Missy Franklin, in her first major competition since NCAAs in March, was 2:09.84 for third in the 200 backstroke tonight, as well as 55.49 in the 100 free, good for eighth. Franklin will have her work cut out for her to get those times down by World Champs in August, but it’s generally been a bad idea to bet against the bubbly speedster.

This interview is both hopeful and a little sad. On the one hand it sounds like she planned to be around where she was, which is good. On the other hand, her natural bubbliness decreased tenfold. Either way she is still one of USA’s top three female swimmers. So excited for worlds!!

I mean, she’s not a teenager anymore. If that bubbliness had increased at all she’d basically become a female version of this.

I should have beenore specific. I meant her bubbliness had decreased since the pre meet interviews. That could easily just be fatigue of the meet, but I thought it was worth mentioning.

I’m inclined to think that this is just a result of her getting older. When you are 16 and 17 and every meet is super exciting, it’s much easier to pop off great swims in season. Also, she’s has a lot going on in her life with the move back to Colorado and reacclimation to altitude. I hope she will be back in the groove by Worlds, but even if she isn’t, I think she will definitely be fine by Rio. I agree that some of her spark seems gone, even behind the blocks before her races, but I think that’s part of the transition to a more mature swimmer. Go Missy!

It’s what I would call the “unraveling” and happens a lot to college swimmers. They go from a club training background into a college training background. You see it all the time with college swimmers….the main differences in my mind are in club swimming you have to be able to swim three events a day prelims and finals plus relays for your team over the course of a championship meet. This can possibly be 20+ swims plus all the warmups and swim downs that are involved in a three – four day championship meet. There is more focus on specialization for the college swimmer and they will swim mostly one maybe two events a day. The training is more specialized… Read more »

I agree with this view for the majority of college swimmers and programs — but not for Missy Franklin. We all know exactly what her NCAA meet schedule looks like. Her freshman year she trained to swim the 500. Her sophomore year she swam three indv. 200 races plus a heavy relay load — something like 12-13 swims over 3 days.

I understand this would only be your opinion, but which college programs would you consider to be in the elite group for training club swimmers into college? Thx in advance from a potential recruit!

Generally I think the programs that think at the highest level do this well…those are….programs whose cultures and philosophy’s are to develop people and programs towards being players at Olympic(s)/Trials, NCAA National Championships, and competing internationally.

I just posted this under this Missy Franklin interview because didn’t I read recently she was going back to her club coach?? It wouldn’t surprise me she is more tired than she has been in a long time.