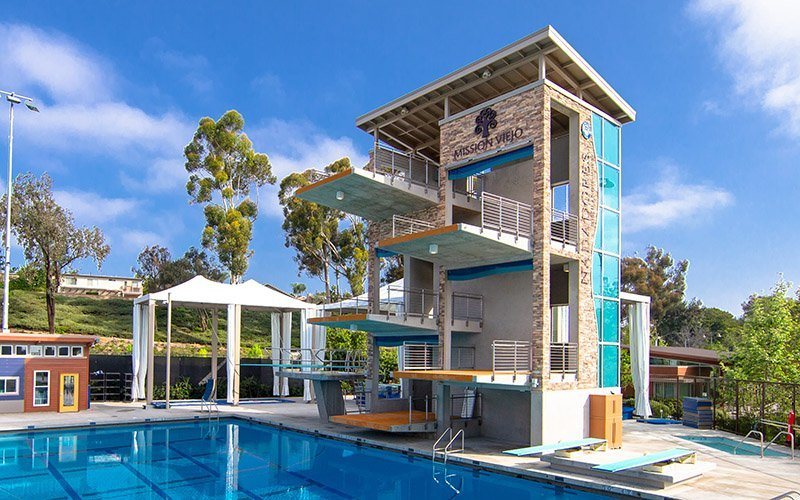 The Mission Viejo Nadadores Diving Team has hired John Appleman as High Performance/Elite Director, beginning January 2022. He will replace Michele Mitchell, who has taken on the role of Executive Director with the Nadadores. Mitchell, along with her staff, brought the team to it’s first USA Diving National Title in 18 years, last summer.

John comes to California from The Woodlands, TX where he recently coached 2000 Olympic Gold Medalist, Laura Wilkinson as well as 2016 Olympian, Kassidy Cook, and 10 other Olympic Trials qualifiers. He has been the head coach of many USA Diving international teams as well as coached other large programs in the U.S.

John is married to his wife, Kelli and they have a 3 month old son, Finn. His wife works in Human Resources and was also a diver throughout college. A 2005 graduate of George Mason University, John holds a B.A. in Government and International Studies.

“We are thrilled to bring John Appleman to lead our program. He’s had a long career at the top levels of this sport and he will work well with our current staff. He has founded programs from scratch, and lead large programs in both Ohio and Virginia. His divers have been immensely successful (44 National Champions) over the years, and he has served on and chaired many decision-making committees (Junior Rules and Committee for Competitive Excellence) within USA Diving. He is well known globally and I am confident he will continue the Nadadores’ culture and traditions for years to come,” Mitchell stated.