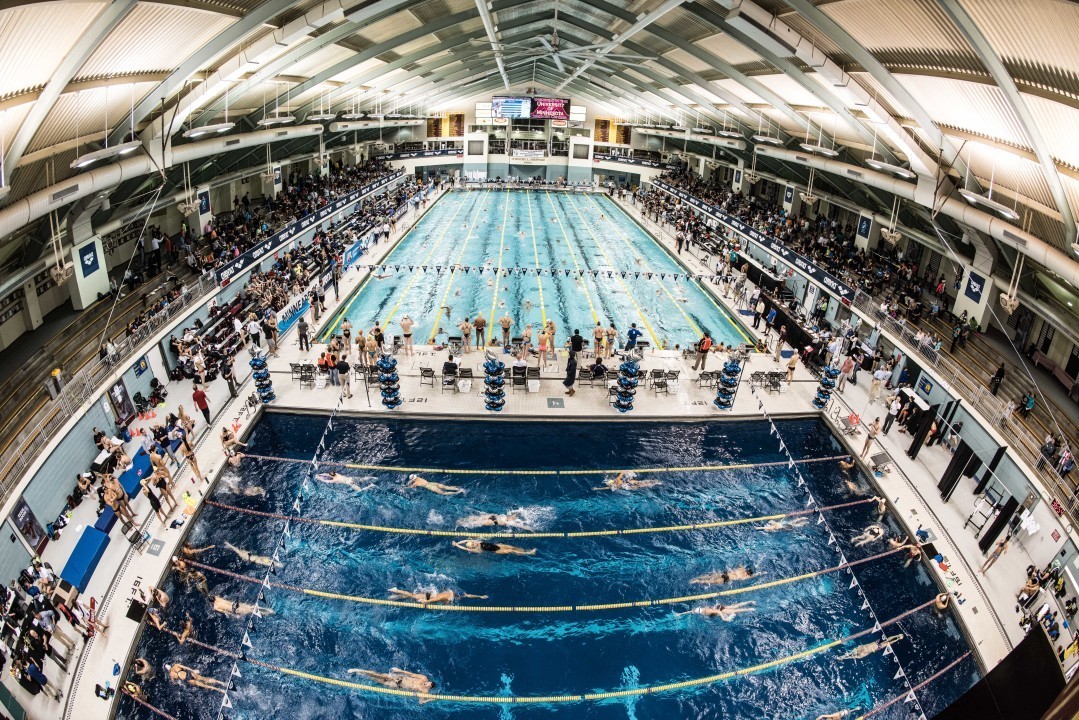 As the 2021 Big Ten Women’s Swimming & Diving Championships roll into their final day, there will be little drama for the top spots in the team competition, as the Ohio State and Michigan women are both well clear of the pack, and each other, with just 4 individual swimming events, 1 diving event, and a relay remain.

The most interesting team battle is the one for 3rd place. There, the 2019 champions from Indiana are battling against the upstart Northwestern women, separated by only 10.5 points headed into the final day.

Northwestern could be haunted by a controversial DQ of junior Miriam Guevara in the A-final of the 100 back on Friday where an official evoked a little-used “lack of effort” rule to disqualify her after a 1:02 in finals. If they lose by 22 points or less, that decision would have cost them their best Big Ten finish since placing 3rd at the 2000 championships.

Indiana has 19 individual swims to just 17 for Northwestern on the final day of the meet. Both teams have good divers, though Indiana is expected to outscore Northwestern on Saturday’s 1-meter. This means the Wildcats are likely going to need to either go very big in Saturday’s events (the 200 breaststroke and 1650 free will be key for them).

Jongman, from the Netherlands, raced at the European Junior Championships in 2016 and 2018.

Looks like the move paid off for her. She made the A finals