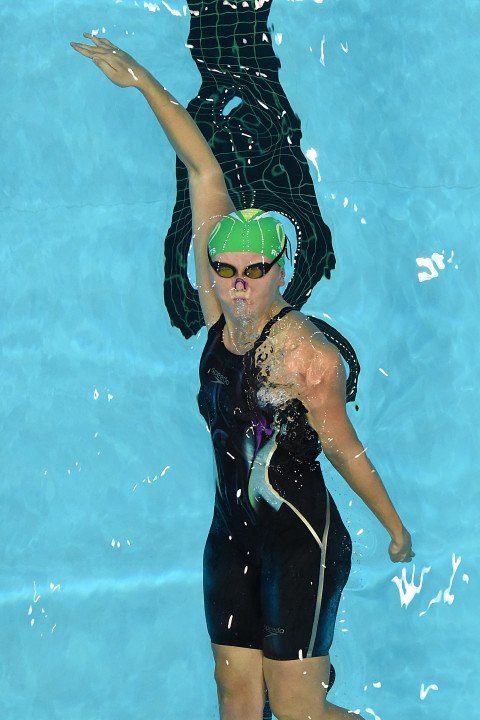 Australia has announced its team headed for the 2016 Junior Pan Pacific Championships in August.

Australia is trying to mesh their Junior team and Senior team together, having many members of both squads race one another at the recent Australian Grand Prix (where Cate Campbell broke the 100 free WR) and putting both junior and senior squads up in the same hotel during the Aussie Trials back in April.

“There is a sense of maturity in this group which we have seen throughout this camp and to have the Junior Team in the same competition environment as the Olympic team was a strategic move and I think it has proved to be invaluable already,” said Australian Gold Coat National Youth coach Glenn Beringen. This is a move to integrate the rising talent in Australia with the current elite Olympic-level talent, thus pushing for their young stars to develop into international medal threats by the time Tokyo 2020 rolls around.

US roster will be announced on July 11. The qualifying meet was the olympic trials and not the next US junior nationals. Not sure they will send the best US team possible with that choice. It would have been probably smarter to pick the team at juniors in August. We’ll see. Athletes must be born in 1998, 1999, 2000, 2001, 2002 or 2003. A maximum of 20 men and 20 women will be selected. If I’ve well understood, they select the team based on the overall standings in each event at trials and not on who swam the fastest time there. Here’s the top 2 juniors in each event. Hopefully no error. BOYS 50 free. Michael Andrew/Jack Franzman 100 free.… Read more »

Bobo,
There are tens other articles about US swimmers where it is more appropriate to post your comment on US swimmers.
You keep doing this kind of thing.
Do you have comment about the focus on of this article, ie. young Australian swimmers?

Matthew Wilson should be on his way to Rio.
Australian Champion…………. and made the Olympic qual’ times.
Where is the Olympic spirit you hear so much about?
Other sports would have very few going under these poorly thought out rules.