Michael Phelps: Rule Yourself Behind the Scenes 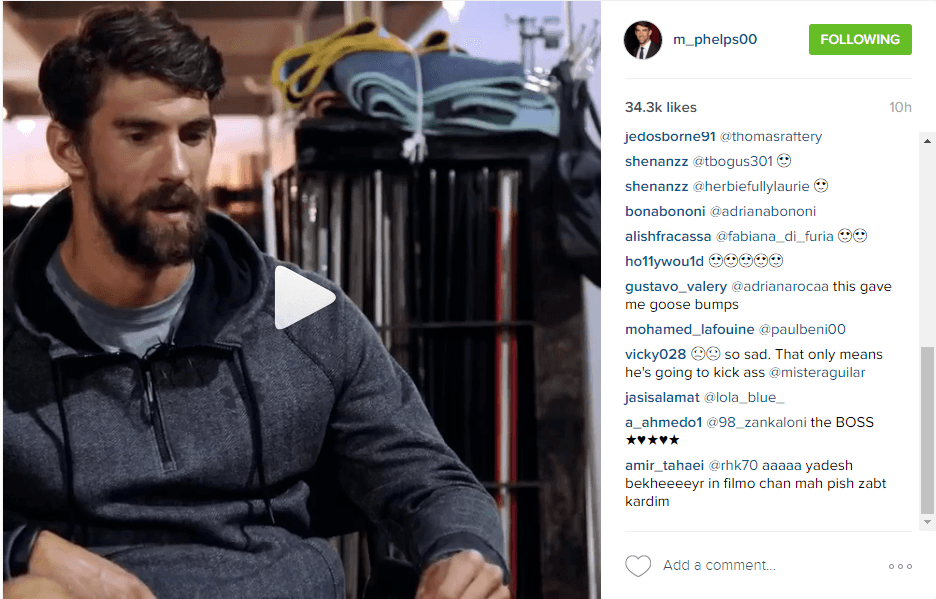 Michael Phelps‘ new Under Armour commercial is still rolling around the internet with its inspirational message of the last goodbye...

Michael Phelps‘ new Under Armour commercial is still rolling around the internet with its inspirational message of the last goodbye and everything that athletes do in the dark that nobody sees.

The commercial is part of the brand’s new #ruleyourself campaign, and below on his Instagram and Facebook channels he’s posted some behind-the-scenes interview footage from the making of the video. Below that, see all 4 Michael Phelps Under Armour videos, including the most recent Last Goodbye video.

He says that he feels like this is the first time he’s been truly engaged in swimming and he’s refound the love for the sport that he had in high school and that “he’s enjoying it more than he ever has.”

I didn’t let anything stand in my way. That’s what #RuleYourself is about. Watch extra footage from my @UnderArmour spot!

SEE ALL FOUR MICHAEL PHELPS UNDER ARMOUR VIDEOS BELOW:

Athletes become superstars because of their accomplishments, but it’s the big brands behind them, leveraging big advertising dollars, that sear the athlete’s image into our brains–making them truly iconic.

Phelps, by no means, needs big-money endorsement budgets to make him an athletic hero.  He earned that as a 15-year phenom in Sydney at the 2000 Games, winning 8 medals at the Athens Olympics, going 8 for 8 gold at the Beijing Olympics and winning 6 more Olympic medals in London. However, Under Armour’s Rule Yourself video ad captures the essence of Phelps narrative right now, that he’s coming to the end of a very long journey (the endless pool), that the journey is often lonely, cold and dark–not glamorous in any way.

“It’s what you do in the dark, that puts you in the light.”

– Under Armour / Rule Yourself / Michael Phelps

Phelps has fought hard for every meter, and Under Armour has encapsulated that fact brilliantly in a concise, 90 second film.  I don’t think anyone doubts Phelps’ commitment to his sport, but it’s nice to be remained of it and inspired by it in beautifully produced media.  (I wonder if NBC Sports can come close to what Under Armour has done. I bet they are in-development now and will use the “Rule Yourself” spot to try and raise the bar.)

Congrats Bobo. An indoor record for down votes.

As an experiment, post the same thing and say you hated the video, got no charge out of it, and that Under Armour sucks. See if you can top the 138 down votes.

I must have missed something… why was this down voted?

every swimmer can identify with the dryland or pool time in the wee hours of the morning. it is a collective shout-out to all swimmers of every age and ability.