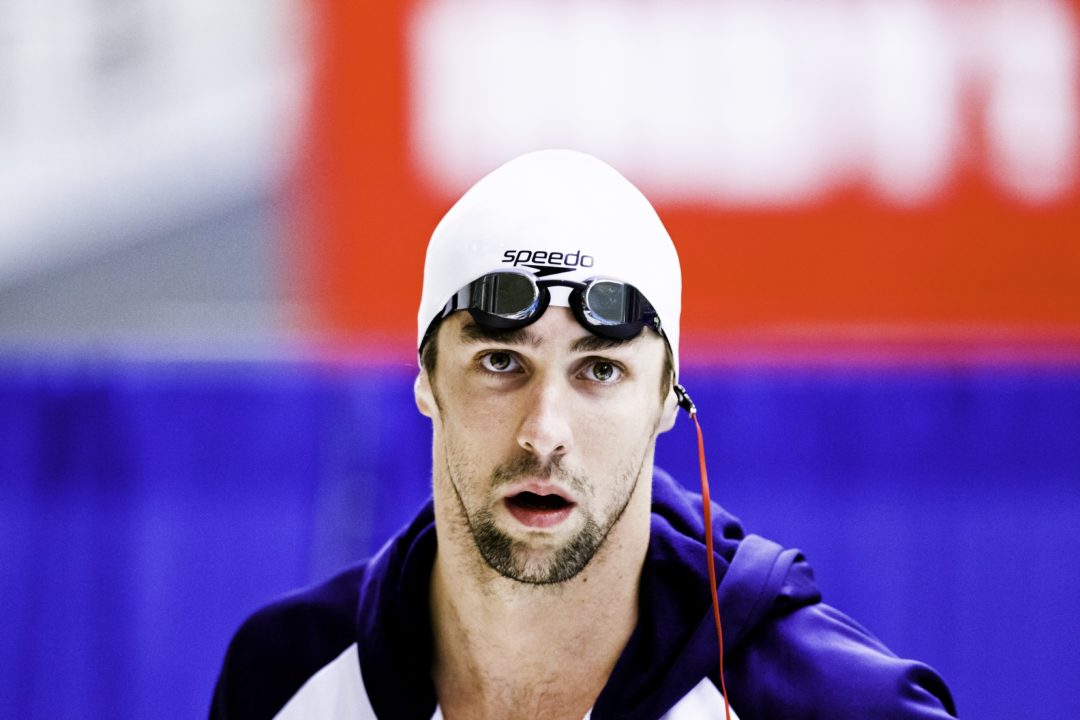 The feature was teased on CBS THIS MORNING and CBS NEWS.

Anderson Cooper asked Coach Bob Bowman what Michael’s chances were in London, “Can he win multiple golds?” Bowman responded, “Oh yes,” but that he didn’t know how many.

See the teaser video clip here, and watch the interview tonight on CBS’s 60 Minutes. Check your local listing for the exact time.

I have watched the video of the report and it was very interesting. I haven’t all understood, I’m french, but I have understood the essential. Michael Phelps will be ready for the olympic games. I like the answer of his coach Bob Bowman to the question of possible gold medals. He looks very confident about his swimmer. 9/10 now for the level of shape. Other swimmers can be afraid of that. Michael Phelps is a legend, has nothing to prove and will swim at the olympic games for bonus and without stress. It’s scary for his opponents.

Or, for 2% of Mr. Rich’s price, you can have a great view from the second level bleachers…