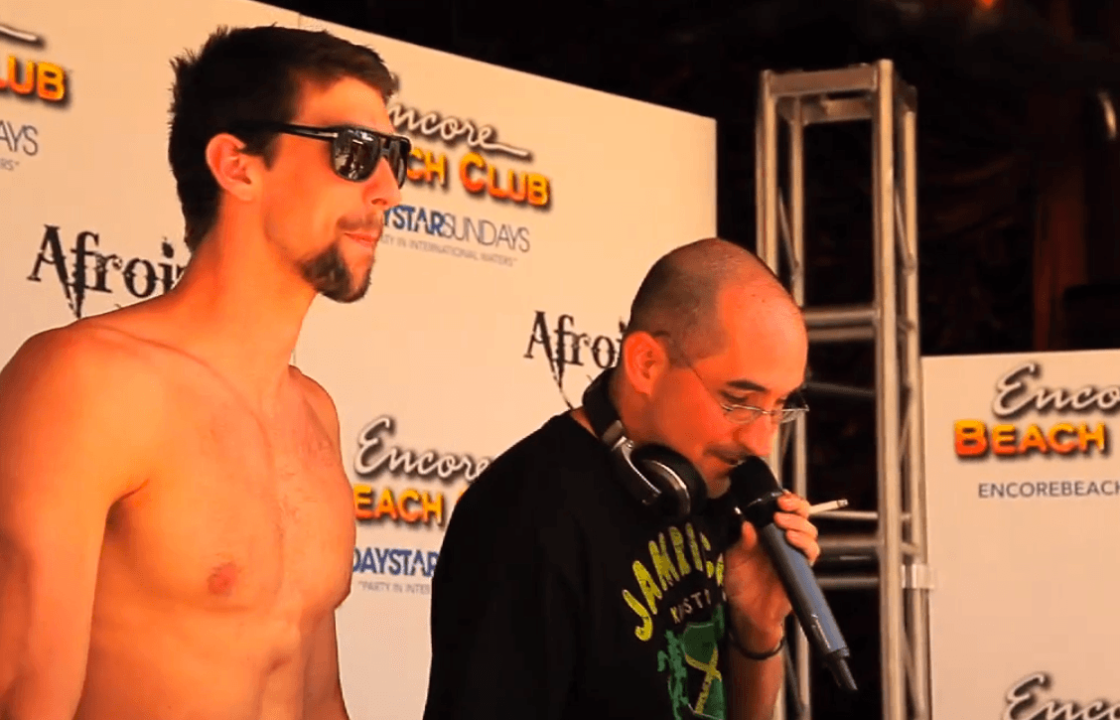 Michael Phelps remained low-key immediately after the 2012 London Olympic Games and his icon-solidifying 22 medal career-haul. He took in the Maldive Islands with friends while Ryan Lochte and Cullen Jones made news in Las Vegas.

Saturday, Phelps and his swimming-friends partied by the Encore Beach Club pool complete with a towering cake upon which the Olympic Rings and congratulations set the celebratory tone. Adding to the A-List  atmosphere was DJ David Guetta. Chants of USA, USA, ensued.

The Vegas weekend tear launched Friday night at Surrender Nightclub with DJ Afrojack.  At one point, according to People Magazine, Phelps even got onstage grabbing the mic, “This is my first night of retirement at Surrender” he yelled.

Despite reports that Phelps hit another winning streak at the poker tables, bringing in $100,000…alas, this is not true. Phelps clarified via his Twitter account that “I wish I had won 100,000.” All things being the same, Phelps and friends clearly had fun, as the video above can attest.

That’s an old video… not from this past weekend but from 2011.