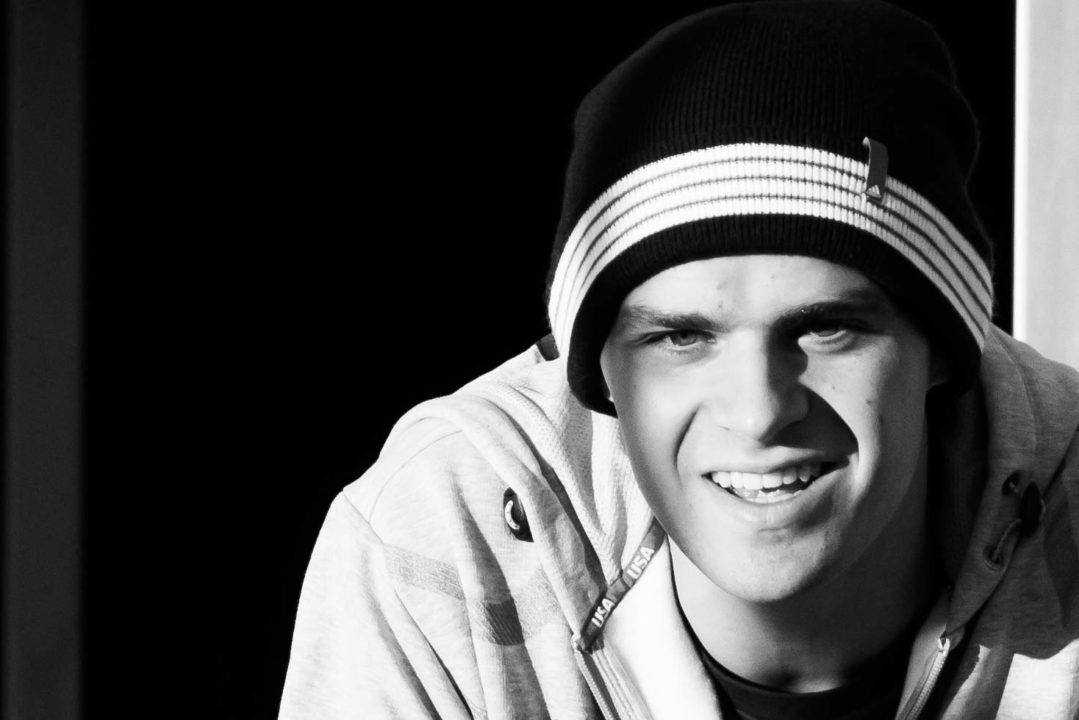 After a two week hiatus, Michael Andrew has picked up his vlogging at the Mesa Pro Swim Series. Archive photo via Mike Lewis/Ola Vista Photography

Michael Andrew released a pair of news vlog yesterday after a two-week hiatus.

He explained in the opening scene of his Cody Miller video that much to his mother’s dismay, the hiatus was due to playing too much Fornite.He then takes viewers behind the scenes of the Mesa stop of the Mesa Pro Swim Series (shoutout to our very own Coleman Hodges at 4:17!), and introduces us to fellow vlogger Cody Miller.

In his second video, he interviews Olympian and fellow Adidas athlete Allison Schmitt. The two discuss everything from mental health to favorite flowers, and go into what Schmitt loves about the sport.

Check out the interviews below.

Getting to Know Cody Miller

Getting to Know Allison Schmitt

This was great! Thanks for posting.

I like his videos and I think he does an excellent job of marketing himself.