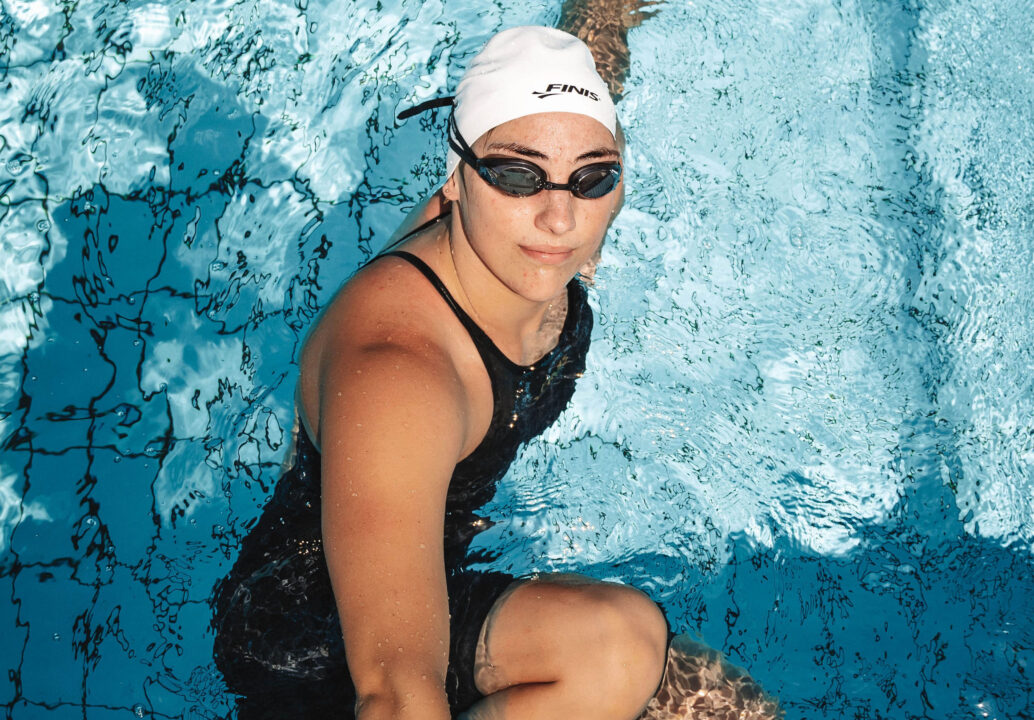 The partnership will run through the 2024 Paris Olympics, where Harris will continue her gold medal pursuits for Australia with the support of the FINIS team. Current photo via FINIS, Inc.

FINIS is proud to officially announce the partnership that will run through the 2024 Paris Olympics, where Harris will continue her gold medal pursuits for Australia with the support of the FINIS team.

Hailing from Mackay, in North Queensland, Australia, Harris entered the world of swimming at the age of 3 when she began learn-to-swim lessons. Harris’ passion for swimming was ignited at the age of 5 when her mother became a swim teacher.

At just 20 years of age, Harris has already compiled an impressive list of accolades in the pool. Harris earned a gold medal at the 2017 Youth Commonwealth Games along with a silver medal and two bronze medals at the 2019 Junior World Championships. Harris made her Olympic debut at the 2020 Tokyo Olympics, earning a gold medal and setting a world record in the 4x100m freestyle relay.

Harris has been wearing the FINIS Rival 2.0 for the past three years and commented on the official partnership saying, “I’m so excited to be officially joining Team FINIS – the team has already shown me an enormous amount of support, which just goes to show they prioritize the athletes in their partnerships.” Harris went on to say, “I could not be more excited to share the next part of my swimming journey with FINIS.”

“We are absolutely thrilled for Meg to be joining our team. Meg continues to demonstrate what hard work and developed talent can achieve. Watching her take home gold and establish a world record at the age of 19 at the Tokyo Olympics was a real highlight for Meg, FINIS, and anyone who loves swimming. We are thankful that Meg has chosen to represent FINIS and are looking forward to her continued racing leading up to Paris 2024.” -John Mix, FINIS Co-Founder

Founded in 1993 by Olympic Champion Swimmer, Pablo Morales, and former collegiate aquatic sports athlete, John Mix, FINIS Inc. is an international swimming company that designs industry-first, highest-quality products to help swimmers of all ages and levels learn to love swimming and enhance their skills for life. Through its commitment to product innovation, education, and community, FINIS helps advance the sport of swimming while making it more accessible and enjoyable for all.