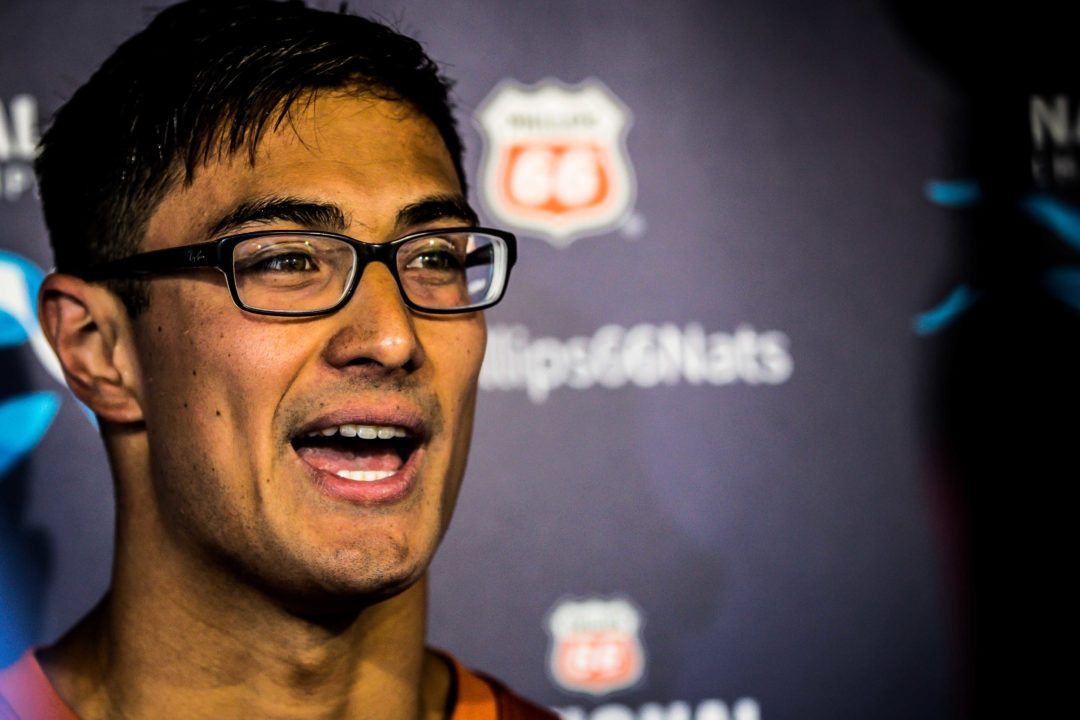 Maxime Rooney and Tate Jackson, now training partners at Texas, both lowered their bests from prelims as well, both hitting the wall in under 48 seconds Current photo via Jack Spitser/Spitser Photography

Maxime Rooney and Tate Jackson, now training partners at Texas, both lowered their bests from prelims as well. Rooney hit the wall 2nd in 47.61 and Jackson was close behind for 3rd in 47.88. All 3 men broke 48 for the first time today.

“A fast swimmer is a happy swimmer.” – Eddie Reese

Amazing how things seem to come full circle. Rooney had his breakout meet at this meet in 2015 and now he’s back swimming at his best. Seems like a great guy and I can’t wait for his success next year at trials!

I watched him around pool in last 2-3 months at meets and he does seam like a very nice guy getting along well with other Texas swimmers. Great addition to Texas.