Shayna Jack Set To Meet With ASADA On Friday, Press Conference On Saturday 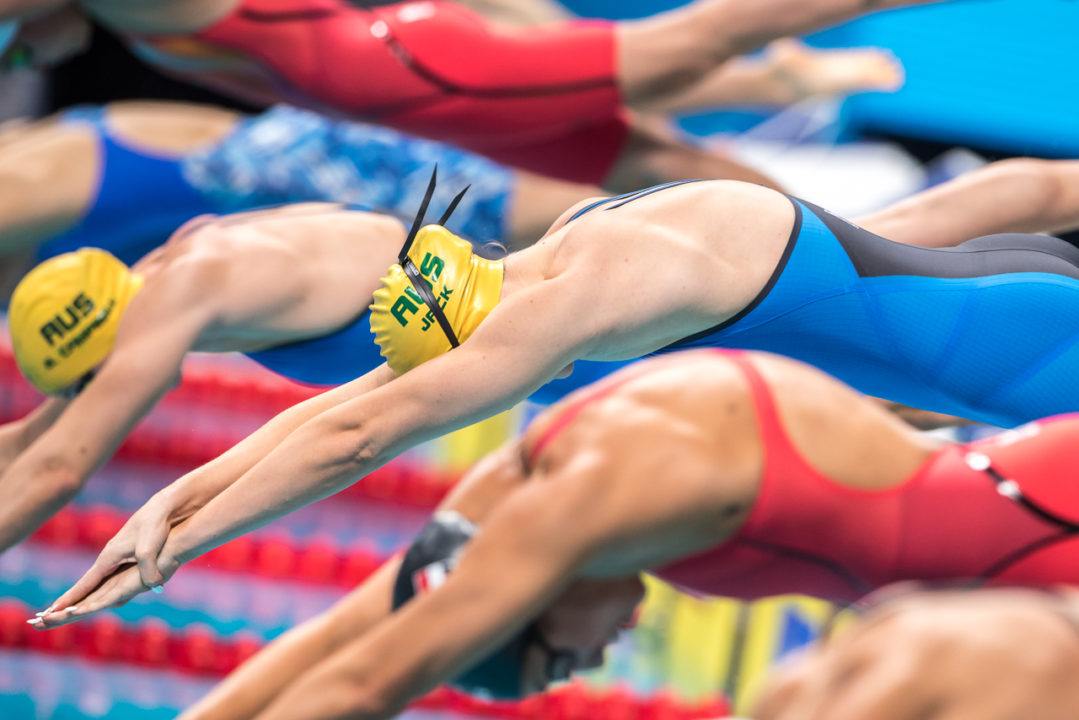 Aussie Shayna Jack will be meeting with the ASADA before addressing the public on Saturday regarding her positive test and suspension. Archive photo via Peter Sukenik/www.petersukenik.com

Australian swimmer Shayna Jack is set to meet with the Australian Sports Anti-Doping Authority (ASADA) on Friday, August 2nd, SwimSwam has learned. The meeting with ASADA is not to sanction the athlete, but instead to provide further details of the freestyle ace’s positive test, which resulted in both her A and B samples testing for banned substance Ligandrol.

Jack will read a short statement following the meeting, but will not address any questions at that time. Instead, the Brisbane-based, St. Peters Western athlete will hold a press conference at 10am local time on Saturday, August 3rd.

Jack is facing a maximum 4-year ban for the offense unless she can find a way to provide evidence that the source of the Ligandrol came from contaminated supplements or another source. Although a steep mountain to climb for Jack, there is recent precedent for a swimmer proving a contaminated supplement for a reduced punishment.

American Madisyn Cox originally received a 2-year ban for having tested positive for Trimetazidine but saw her suspension reduced to 6 months. A WADA-accredited lab in Salt Lake City determined that 4 nanograms of the banned substance were present in both the opened and sealed bottles of Cooper Complete Elite Athletic multivitamin that Cox says she had been taking for seven years and had listed on every doping control form she had ever completed.

You can refresh yourself on the timeline of Jack’s situation here.

There are interesting reports now that Shayna Jack was actually ordered not to disclose her failed test prior to World Championships, contrary to earlier indications that this was a voluntary decision on her part (so as not to upset her teammates). This whole story gets more curious by the day.
https://au.sports.yahoo.com/shayna-jack-says-swimming-australia-told-not-to-speak-up-213204038.html

From Australian media–“Meanwhile in Brisbane, the head coach and Shayna Jack’s mentor Dean Boxall were cracking smiles as they approached the cameras on arriving home–sorry? Guys your athlete has tested positive to drugs. Both were interviewed, no media manager in sight, and it was unconvincing.”
https://7news.com.au/sport/swimming/shayna-jack-drugs-scandal-swimming-australia-media-advisors-failed-miserably-c-377115

Coaches coach a multitude of athletes.

Overall Boxall had a great meet. The best of his young career.

To expect him to be morose because one of his athlete has failed a drug test (at this point there has been no suggestion he is to blame) is ridiculous.

The real goal here needs to be protection of the athletes and their health. Guess we can only hope that ASADA and/or Swimming Australia will hold its own press conference and announce that it will conduct a full-scale examination of Boxall’s program (at the least) to see if he encouraged supplement use among his swimmers and whether his swimmers are disproportionately using supplements and/or inhalers, and making use of other medicines under TUEs that are not justified medically.

Great point about putting coaches under the microscope. I feel this needs to be done more especially when a young athlete has a positive test. And by young i think 21 and under is young.

He won’t have done anything wrong. He doesn’t need to. Nor does any other coach getting that level of athlete.

Turning a blind eye is enough.