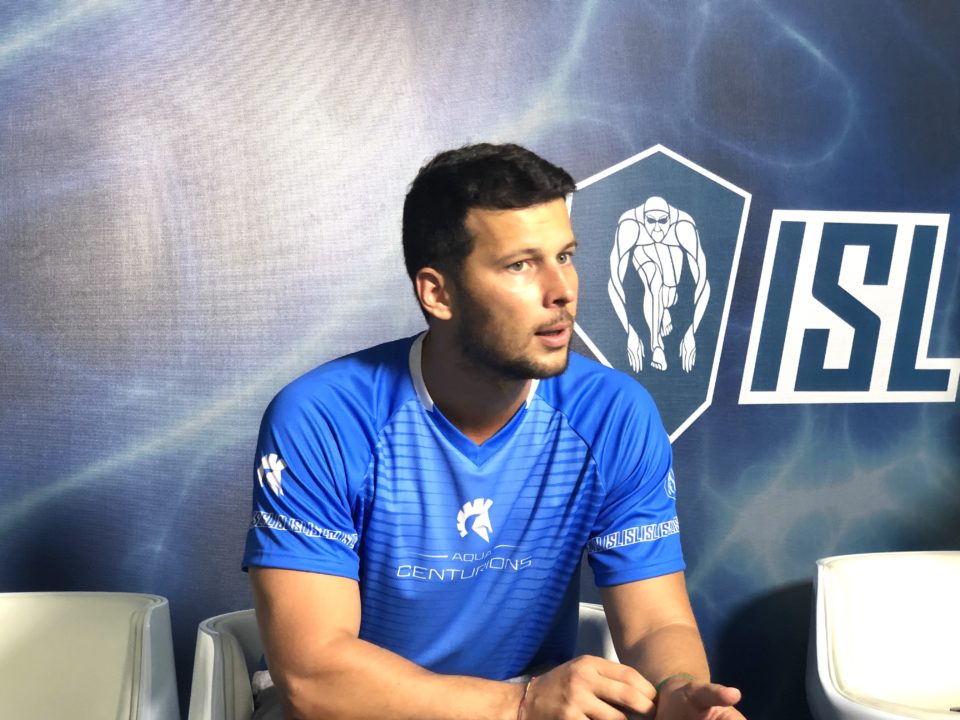 Matteo Giunta on being named Italian coach of the year and the performance of the Aqua Centurions at the ISL European Derby in London. Archive photo via Giusy Cisale

Matteo Giunta has been named as this year’s Italian Swim Coach of the Year. The winner was announced at a coaches conference which took place in Riccione last weekend. The award, officially called the Alberto Castagnetti Award, is in it’s 6th edition. Giunta was chosen as the winner over fellow finalists, Christian Minotti – who won the award last year – and Stefano Morini. The prize will be awarded during the Absolute Italian Winter Championships, which will also take place in Riccione at the Swimming Stadium from December 12th-14th.

Giunta has been involved in swimming since 2008 when he joined Andrea di Nino’s ADN Swim Project as an assistant coach. Since then, he has worked with various national teams, including Germany, Kenya and Africa, at both World Championship events and the London 2012 Olympic Games. He also worked with the Italian national team at the 2012 World Short Course Championships in Istanbul.

Interview with Giunta from this week’s ISL meet.

Giunta is the current coach of Italian World Record holder and Olympic champion, Frederica Pellegrini, who he has coached since 2014. Carlotta Zofkova and Luca Pizzini are also coached by Giunta, both of whom won bronze medals at the 2018 European Aquatics Championships in Glasgow (in the 200m breaststroke and 100m backstroke respectively).

Among the athletes that Giunta has coached in the past are 4-time Olympian and former World Champion Milorad ‘Mike’ Cavic, London 2012 silver medalist Evegeny Korotyshkin and London 2012 bronze medalist Sergey Fesikov.  Since 2014, Giunta has worked as a technician with the Italian national team. Earlier this year he was also named head coach of Verona-based ISL team, Aqua Centurions, who were knocked out of the ISL after last weekend’s European Derby in London. The two European teams to progress to the final in Las Vegas next month are Energy Standard and London Roar.