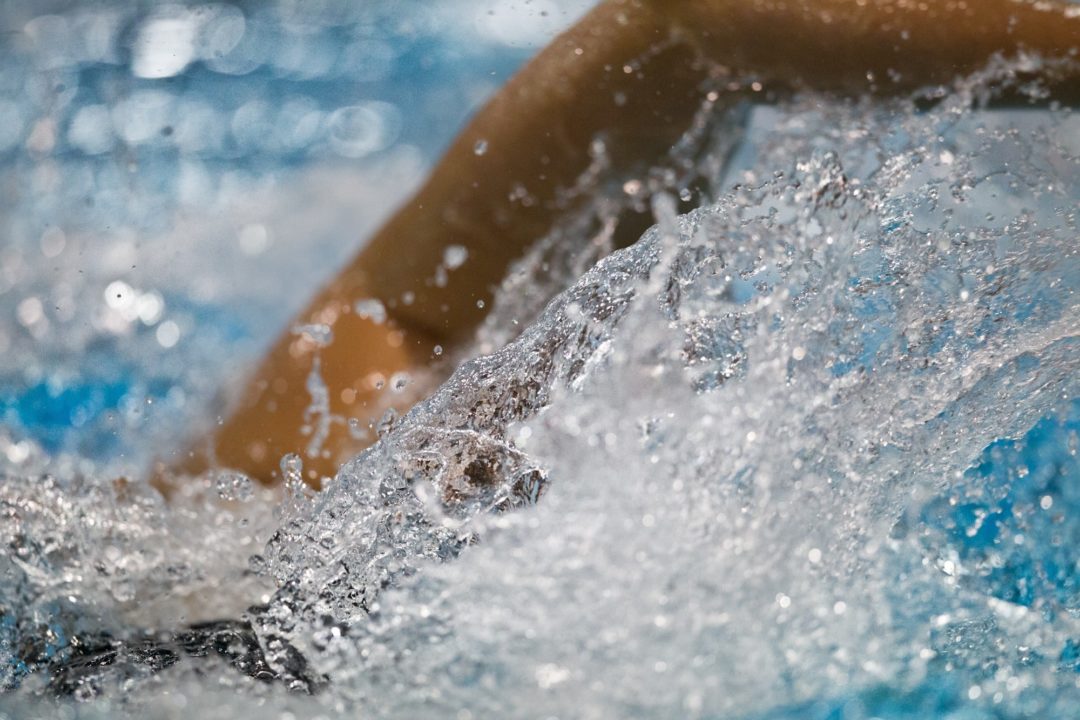 16-year old Matheus Santana joined the elite company of swimmers who have been under 23 seconds in the 50 free as a 16-year old. (Photo Courtesy: ©Tim Binning/TheSwimPictures.com)

Matheus Santana has broken the Brazilian 15-16 sprint records so many times this year, it’s almost hard to remember how good Cesar Cielo once was at the same age.

Ending the year with a bang, at the last major meet on the Brazilian schedule for the year, Santana took his 50 freestyle record even lower this week. The meet is the Campeonato Carioca Absoluto de Natação, which loosely is the Rio de Janiero All-Comers State Championship meet.

Further, it took down his old 15-16 National Age Group Record of 23.01, set earlier this year by more than two tents – a significant amount over 50 meters.

For comparison, the only swimmers I know of at that age who have been better at that age are Australia’s Cameron McEvoy (22.76), Russian Evgeny Sedov earlier this year (22.67); American Shayne Fleming (22.72), and Russian Vlad Morozov (22.44); and the latter of those two did their swims in 2008 during the semi-shiny suit era.

Santana doesn’t turn 17 until early April. That will be before the Maria Lenk Trophy, Brazil’s big National Championship and World’s qualifier, but he’s still going to have a lot of time to take his marks even lower.

Te Hemi Maxwell went 22.48 at junior pan pacs in 2010 as a 16 year old but has not really improved since. Think that junior times sometimes whilst exciting need to be put in perspective especially on the men’s side. In the past two decades only been three young guns 16 and below who have won maker medals. Thorpe, Phelps and Gyurta.

No, 2010 was back to textile. I remember at the time their was discussion that a gale force wind may have helped and given he has only been 22.6 since this may be correct.

Keith.. where did you get the records? can´t find it even on CBDA page, nor any news about the meet

He, Sedov and Murphy are probably the 2 biggest 16 years swimmer in the world by now..