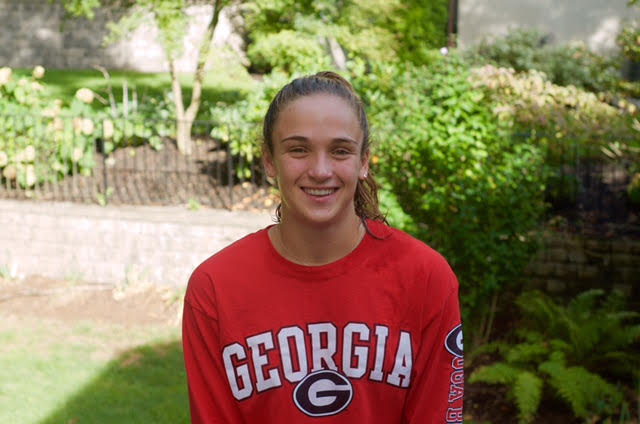 Maddie Wallis of Gator Swim Club and Dana Hall School in the Boston area, has made a verbal commitment to swim for the Georgia Bulldogs in 2017-18. Current photo via Christopher Morgan

Madeline (Maddie) Wallis, who swims at Gator Swim Club in Boston under the tutelage of head coach Christopher Morgan, has announced her verbal commitment to the University of Georgia.

“I believe the University of Georgia will not only aid me in reaching my academic goals, but also take me beyond my athletic dreams! The TEAM acted as a real family with all individuals working towards a common objective…the vibe and support during practice is awesome. The coaches are amazing people with incredible amounts of experience and storied careers. They treat all members of the team as equals and I am so humbled to call them my ‘coaches.’ The campus at Georgia is gorgeous and the academics are exactly what I am looking for. Proud to be a BULLDOG!”

A senior at Dana Hall School in Wellsley, Mass, Wallis was named to The Boston Globe’s Preps All-Scholastic team after having earned Swimmer of the Meet honors at the 2016 NEPSAC Championships. Wallis won both the 50 free and 100 free titles, and took home the Eastern Independent League MVP award for the season.

Wallis followed her high school season with a very successful summer by qualifying for 2016 Olympic Trials in the 100 back, and by making the finals at her second Junior Nationals appearance in Minneapolis.

While Wallis is just barely out of 100 back scoring range for the SEC Championships, she will join a program that boasts Olivia Smoliga and Kylie Stewart, and will overlap with Stewart during her first year at Georgia.

Go Maddie! You will love competing in the SEC! Congrats.