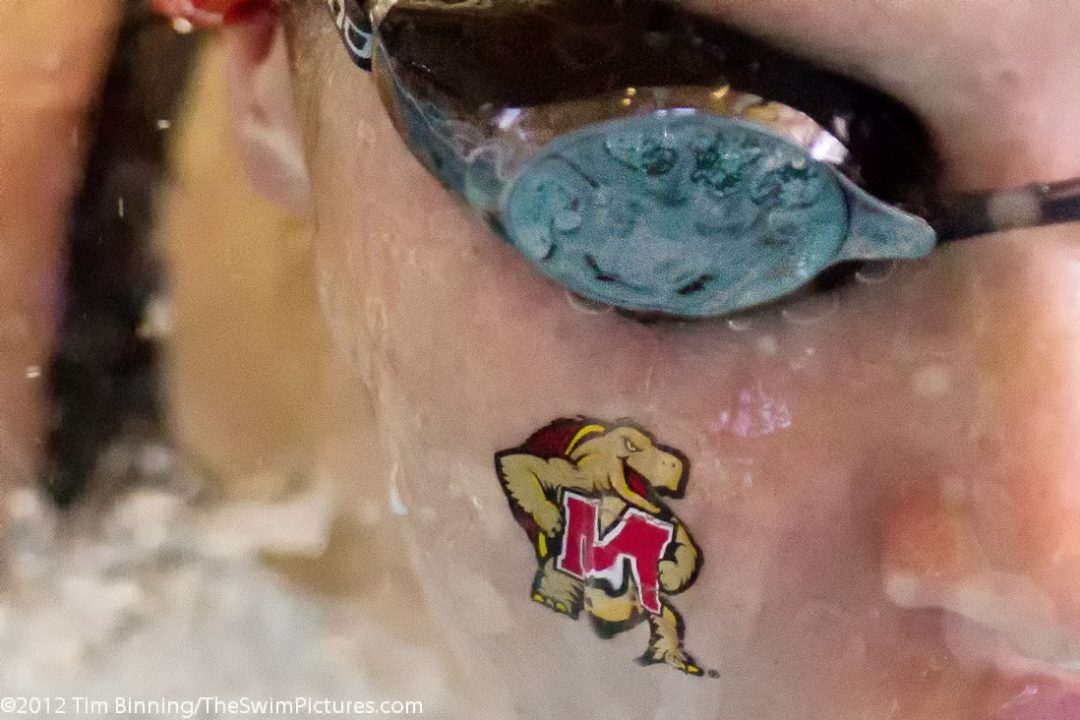 A ray of hope, even if a skeptical one, has emerged from Maryland's move to the Big Ten (Photo Courtesy: ©Tim Binning/TheSwimPictures.com)

Wallace Loh, the president of the University of Maryland, has given swimming fans some hope as his school announces their pending move to the Big Ten Conference.

“The director and I are absolutely committed to begin the process to reinstate some of the teams we had to terminate,” Loh said among discussions, which are exactly the words that swimmers needed to hear to turn this into a “what?” decision to an “oh!” decision.

Loh didn’t outline the finer points of how exactly he planned to do that, and throughout the process of the Maryland swimmers’ attempt to reinstate the team he was accused of making decisions without much though or discussion on the “how,” but at least it’s the right message.

In hindsight, it will seem silly that they obliterated 7 varsity programs only to begin exploring reinstatement of those programs a year later, but in the least it will be better than not having said programs at all. Afterall, Maryland still has a beautiful aquatics facility on campus that sits without a collegiate tenant.

Now it becomes a waiting game as we watch the story evolve, learn how much of the $50 million ACC buyout will be paid directly by the school, and what other possible financial windfalls exist (aside from an additional $3 million in revenue for television contracts) both directly and indirectly. Loh alluded to maybe a reduced exit fee by referring to it as “$50 million, if any” in the same press conference.

Getting the swim teams back?!

“I’ll believe that when me $%#@ turns purple and smells like rainbow sherbet.”

U of MD is financially-distressed and scrambling to cover the financial burden of a grossly overbuilt “revenue sports” apparatus. Dream on if you think they will reinstate swimming. Its an overrated commuter school anyway, and will be the door-mat of the Big Ten. U of MD former swimmers ended up better-off because of their mismanagement. At least the Big Ten made out, getting into another large media market with their well-run athletic machines.