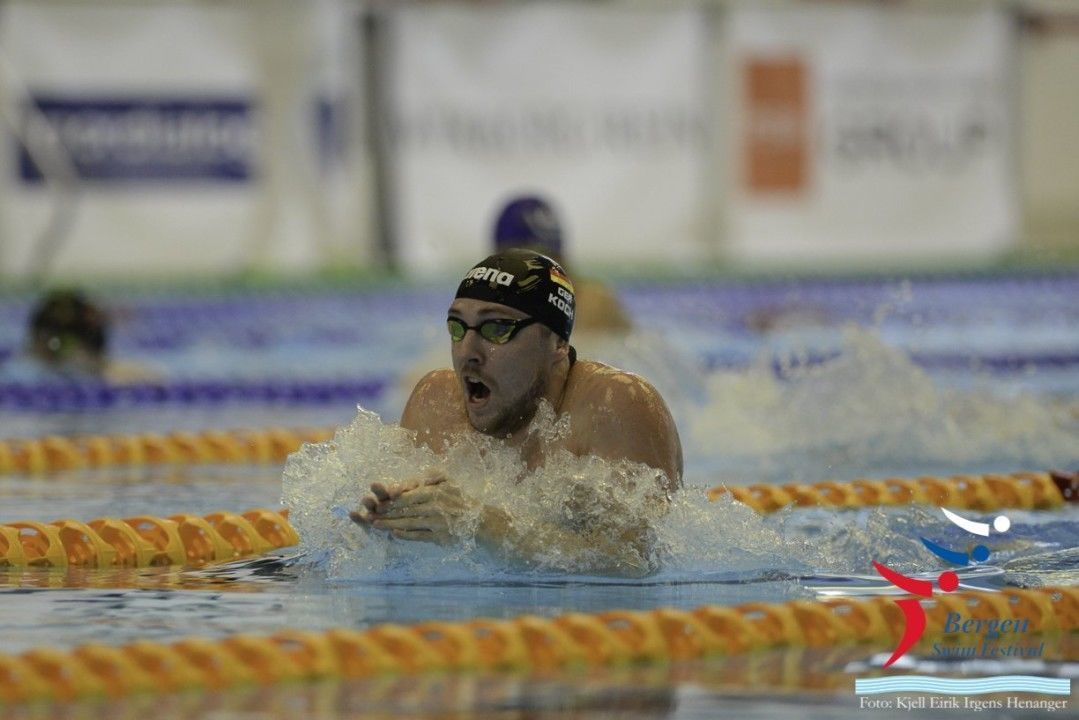 This summer, Marco Koch won the 200 breast gold medal at the 2015 World Championships in Kazan in 2:07.76; he ranks first in this event in the 2015 FINA ranking as he now turns his focus tothe Rio Olympic Games. So far in the World Cup, he has only competed in the Moscow Meet- directly after Worlds. There he won his signature 200 m breaststroke in 2:08.77. He was set for the World Cup in Chartres, France, but pulled out of the meet because of illness.

The 25 year old trains with his coach Alexander Kreisel at the DSW Darmstadt 1912. He is also the 2014 European Champion (LC) in the 200 m breaststroke – and one of the few German medal hopefuls in swimming for Rio 2016.