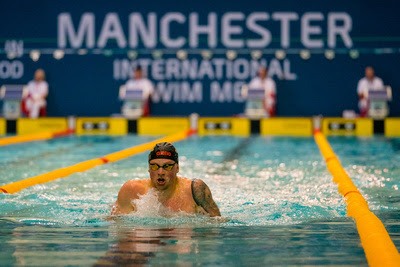 The 20-year-old facility launched as a newly-constructed venue for the 2002 Commonwealth Games, has outdated heating and electric systems, while its lifts, spa facilities, moveable floors, pool training plan and pool lighting are also in need of upgrades. (Manchester Evening News)

To save the site from closure without these improvements, Manchester council is planning to spend £31m, with much of the investment reportedly funded through borrowing.

Head of Performance Coaching & Strategic Aquatics Lead at MCRACtive, as well as City of Manchester Head Coach, Mark Rose, told SwimSwam this week that they’re working through plans for relocating the center’s teams during the upgrades, which are expected to take over 2 years. One of the sites’ three pool is expected to remain open through construction.

“We’re all working together to try and put together a work timetable with all partners involved that allows access for the Swim Team and the Para group.

There are 3 tanks in the building in 2 separate pool halls so we have a good chance to make it work. There’s also additional leisure centres close by that could be used.

“Everyone at the city is supportive of both programmes keeping some sort of stability. There’s a lot of material and intellectual investment into the sport in the city.”

He continued, “There’s only an appetite to refurb the building, it is known as one of the city flagship venues and there’s a lot of history there and a lot of plans to ensure there’s a vision that gets Mancunians through the performance pathway that has been put in place in the city and to make it better. Sport is at the heart of the city strategy and has been for some years now.”

Rose’s view echoes that of Councillor Luthfur Rahman, executive member for culture and leisure. He told Manchester Evening News, “This flagship facility is somewhere that everyone from beginners and school classes to Olympians and Paralympians can benefit from.

“Leisure has a crucial role to play in Manchester’s recovery from the social, health and economic impacts of the Covid-19 pandemic.

“It would be unthinkable to allow this key element of the city’s overall swimming provision, which also contributes to our global sporting reputation, to wither and die.”

The MAC is still set to host the 2023 World Paralympic Swimming Championships.

Readers can take a visual tour of the MAC via the Minecraft rendering the club’s swimmers created during coronavirus lockdown back in May. Creating the masterpiece simulation we highlighted here were Ryan Coulthard (video creator), Ben Haughton, Reuben Rowbotham-Keating and Bobby Hulme, all members of City of Manchester’s National Squad.