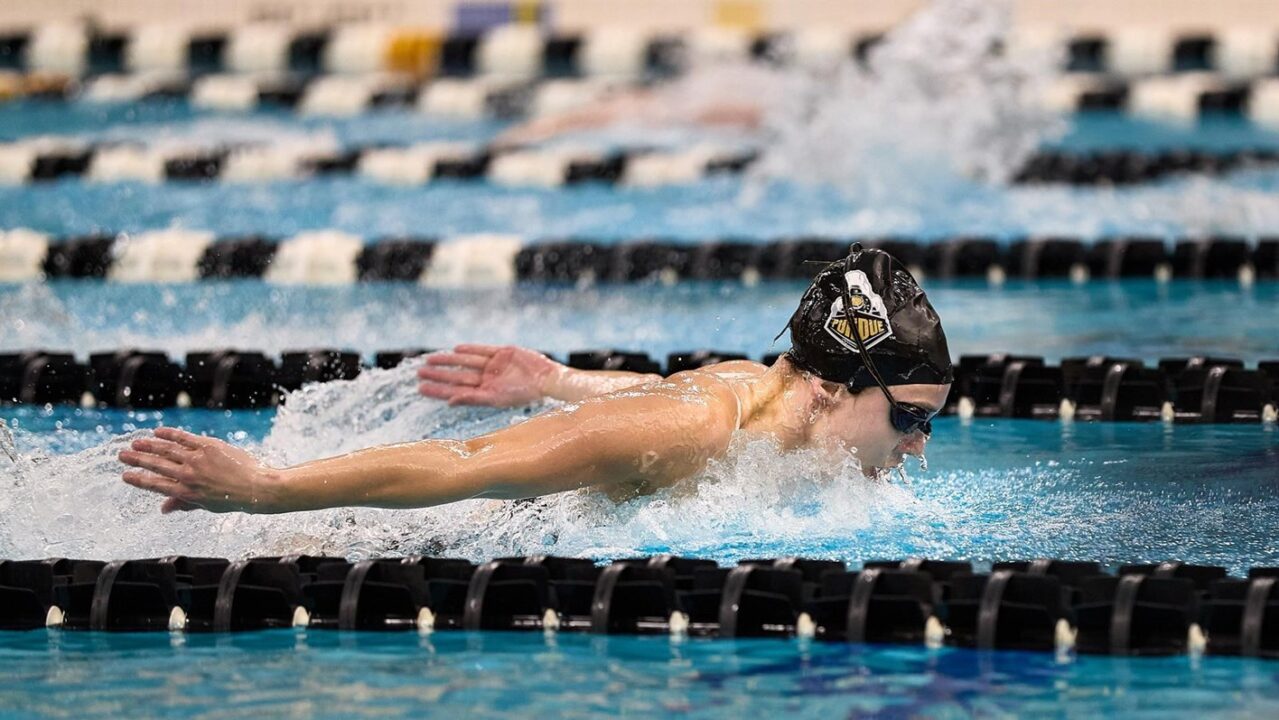 Illinois hosted Purdue for a Big Ten women's dual meet on Saturday, falling to the Boilermakers in a 158.5-141.5 decision on their senior night. Stock photo via Big Ten Conference

Illinois hosted Purdue for a Big Ten women’s dual meet on Saturday, falling to the Boilermakers in a 158.5-141.5 decision on their senior night. Though Illinois ultimately lost the meet, the program is continuing to take steps forward under first-year head coach Jeana Kempe. The Illini outscored Purdue 138.5-122.5 in the swimming events on the day, but Purdue, one of the premier diving programs in the NCAA, used their diving advantage to pull out the win.

Illinois swept the fly events between two swimmers. Cara Bognar won the 200 fly in 2:02.75, taking the race over on the third 50 then managing to build a lead of well over two seconds as she sped towards the finish. Illini freshman Alexis Wendel won the 100 fly in 56.85.