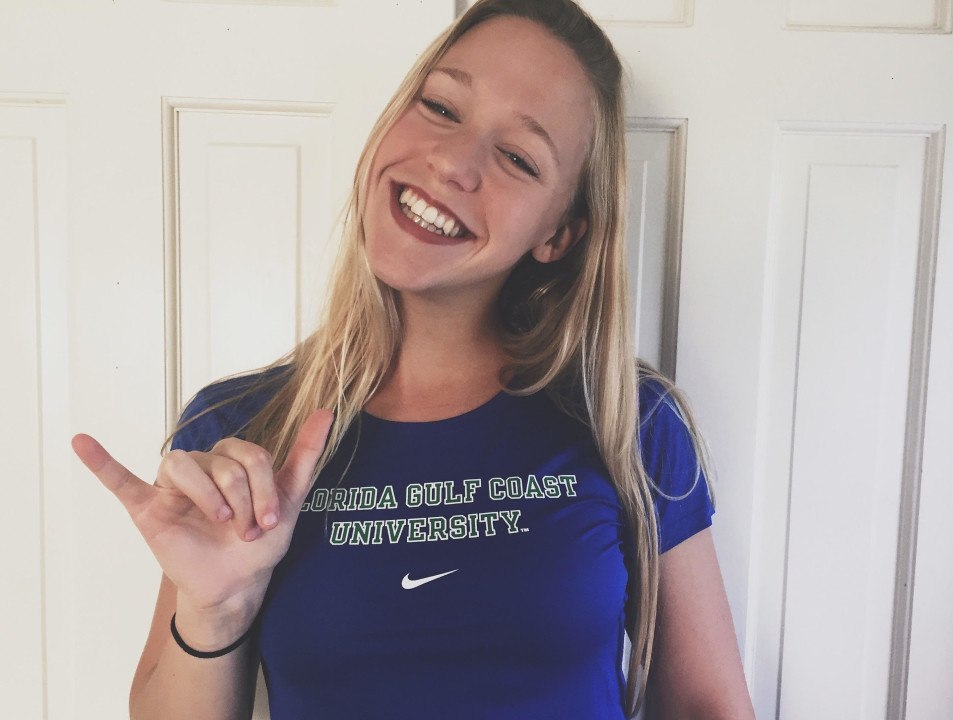 Liz Zeiger has verbally committed to the Florida Gulf Coast Eagles, giving the program it's biggest IM threat in history.

The Florida Gulf Coast Eagles continue to capitalize on their program-best 26th-place finish at last year’s NCAA Championship meet with a verbal commitment from another high-level recruit.

“I selected to attend FGCU because of their up and coming swimming program and the great academics the university provides. Neal and his staff are friendly, professional and care about the whole person. I look foreword to improving my swimming and obtaining a great education as an eagle.”

Elizabeth Zeiger from Crimson Aquatics has pledged her collegiate career to Neal Studd, which among other things will give the Eagles something they’ve never had before: a nationally-relevant 400 IM recruit.

Over the last few seasons, the Eagles’ dominance has been built around speed, and specifically around their medley relays (the 200 finished 8th at NCAA’s last season). Zeiger has enough speed in the butterfly that she might eventually contribute there, but what primarily has them excited in Fort Myers is the fact that her best time in the 400 IM is already two seconds faster than the school record.

Her best times would’ve made her the CCSA Champion last season in the 400 IM and 200 free and would’ve placed her 2nd in the 200 IM and 500 free. Elizabeth is the younger sister of current Minnesota sophomore, and University of Minnesota 400 IM School Record holder, Brooke Zeiger.