Le Clos In, Rousseau Confused on Day 4 in SA 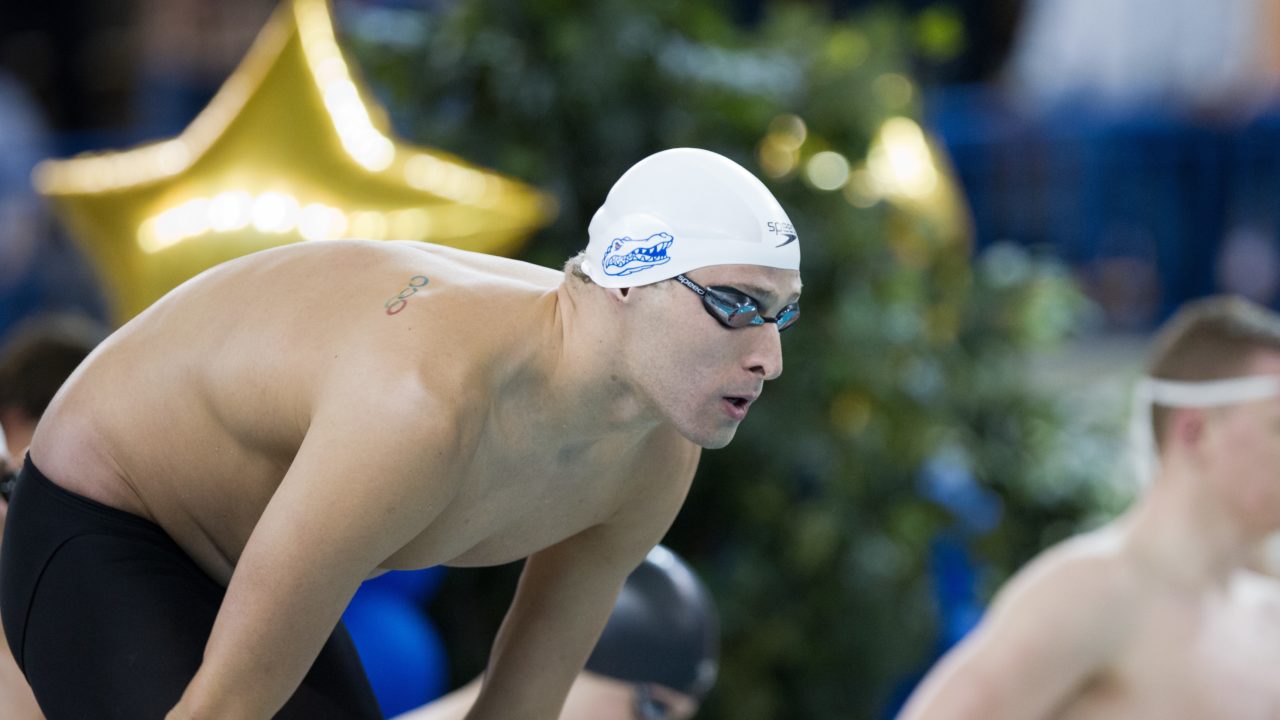 Sebastien Rousseau will again have to await the whims of Swimming South Africa to find his Olympic status. (Photo Courtesy: ©Tim Binning/TheSwimPictures.com)

Only one Olympic swim was set in stone on day 4 at the 2012 South African Olympic Swimming Trials, that of young Chad le Clos in the 200 fly. There were others who may be lined up, but we’ll have to wait on those.

The South Africans seem to be growing just a bit weary; with some exceptions, the times are not as a great as they were early in the meet. We’ll see if that trend reverses on Friday and Saturday.

Chad le Clos took a win in the 200 fly and again cleared the FINA Automatic qualifying standard, but I’ll admit that his 1:56.17 was a bit off of where I expected. We saw an effect of wear-and-tear after brutal schedules at this year’s FINA World Cup series, but his test so far in this meet hasn’t been quite as bad as those. Still, I think this swim would be the best argument yet for a “less-is-more” event schedule from le Clos in London. At only 20, after all, he’s still a very young swimmer and hasn’t yet earned his “old-man-strength”.

Based on the splitting as compared to his 1:55.30 in the semi-finals, this also could have been a case of no more motivation once he realized he was easily in good enough shape to make the cuts in the race. He didn’t fall off on any one length, rather it was just an overall “slower” swim.

Sebastien Rousseau has left himself in a tough position after adding a few tenths and swimming a 1;57.88 in the finals of the 200 fly. He has a FINA A-cut of a 1:56.7 from the USA Swimming Winter National Championships in December, but the South African rules seem to imply that a swimmer has to do it twice to make the team (Rousseau has not). This swim was about a full-second off the standard, even though he is the National Record holder in the event. SSA could slide him in on the argument that, at only 21-year’s old, he’ll be part of their 2016 squad.

In otherwords…they’ve got the door open to make the decision themselves.

Karin Prinsloo has been solid in this meet so far, and that’s about how to describe her swim in this 200 free as well. “Solid”. She swam a 1:59.53 as the only swimmer to crack the two-minute barrier, but was slower than she was in the same race in 2011 where she nearly broke the National Record in the Netherlands in December.

As it was, that swim missed the FINA A-standard for the event by about a second-and-a-half. Her next (and probably best) shot at the team is in the 100 free, where she’s got a 54 to her credit.

The South Africans could have a good future in this race; between Kyna Pereira, Kayla Ferreira, and Michelle Weber all swam 2:04-mids, and all are still in high school.

She uses very similar pacing in this 200 as she does in the long 400. Average butterfly leg, good backstroke leg, outstanding breaststroke leg, and holds-on on the freestyle. But she really can’t afford that slow start in this race like she can in the 400. Expectations are that Swimming South Africa would allow her to swim this race with the A-cut from semi’s, given that she’s already on the team.

Schoeman scared a few people in prelims, where he went out in only 23.9 (for reference – he took his 100 fly at his last meet out in 24.0), but that was pretty-well par-for-the-field in the race. In finals, he was much better.

United States Junior College Champion Bradley Tandy was also into the A-Final wth a 50.22. Jean Basson isn’t a 100 specialist, but he did make it in with the 8th-seed. If this final lives up to the success of last year’s Nationals, it’s the race to watch at this meet. (Finals will be on Friday – though live results put them in the same session Thursday).

The men’s 200 breast semi was topped by Neil Versfeld in 2:12.35, which put him far ahead of runner-up Rory Buck in 2:17.55. 100 meter champion Cameron van der Burgh doesn’t swim this race, which leaves the spot wide open with an A-cut. Versfeld is about six-tenths away.

I think Chad sacked this race. I think he is capable of a 1:52 but doesn’t want to draw attention to himself.

Boy was I right!