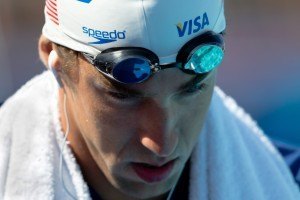 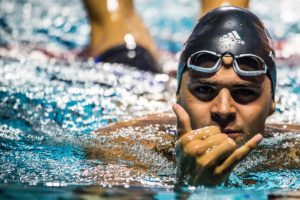 Michael Andrew is among other sprinters highlighting the New York Breakers ISL roster. 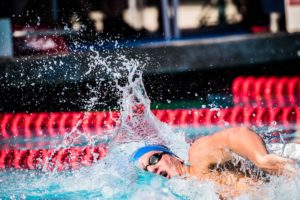 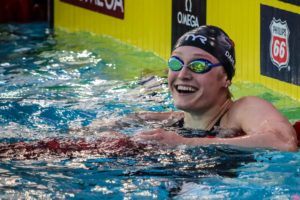 Kelsi Dahlia takes on a triple tonight at the Clovis Pro Swim Series, contesting the women’s 200 fly, 50 free, and 50 fly.

Bradley Tandy
Bradley Tandy, better known as Brad, is a South African sprint freestyle specialist. Born in Ladysmith, South Africa Tandy is an NCAA champion and multi-time All-American for the University of Arizona after transferring from Indian River State College.

Tandy has garnered a lot of attention for his explosive and unique start during his swimming career. Off the blocks with his slingshot-like dive, Tandy often finds himself way ahead of the field with his deep underwater phase.

Indian River State College
Before joining the Wildcats Tandy was a member of the Indian River State College swimming & diving team in Florida. It was there that Tandy helped his team win two National Junior College Champions two years in a row by becoming a five-time national record holder and a five-time All-American in his primary events, the 50 and 100-yard freestyles and relays. He was named the NJCAA Swimmer of the Year and the Florida Athlete of the Year prior to committing to Arizona.

University of Arizona
2013-2014
Becoming a Wildcat was a stressful situation for Tandy as he battled NCAA eligibility to even compete at the Pac-12 Championships. In early 2014 it was announced that Tandy would have two years of eligibility left, and was able to compete in the rest of the 2013-2014 season. Tandy took down the school and Pac-12 records in the 50-yard free with his conference win, and was also a part of the winning 200-yard medley relay squad.

At the NCAA Championships Tandy’s first event was the 50-yard free, arguable his best event. Although his time in the 50 was slower than his performance at the Pac-12 Championships, Tandy touched 1st, winning his first NCAA championship. He also earned All-America honors in the 200 free relay and the 200 medley relay in addition to honorable mention honors in the 100-yard breast and 400 free relay.

2014-2015
In his senior year, and second year at Arizona, Tandy won his second Pac-12 title in the 50-yard free, and advanced to the NCAA Championships. This time around Tandy tied for 3rd in the 50, with a season best, and placed 6th in the consolation final of the 100 breast. In addition to his individual swims Tandy earned All-America honors as a member of the 200 medley relay, 400 medley relay and the 400 free relay.

In his first Olympic Games, Tandy made the final of the 50 meter freestyle, finishing tied for sixth with Brazilian Bruno Fratus.

Tandy had a breakout year in 2018, earning his first 2 major international medals at the Commonwealth Games, both on the final day of competition. First, he touched 2nd in the 50 freestyle (21.81), then he teamed up with Calvyn Justus, Cameron van der Burgh, and Chad le Clos to earn a bronze medal for South Africa in the 4×100 medley relay.

Tandy continued his medal streak in Hangzhou, touching for 3rd in the 50 free (20.94) behind Vlad Morozov of Russia and Caeleb Dressel of USA, good for bronze.

On June 18, 2019, Brad Tandy was announced as a member of the New York ISL team, headed by GM Tina Andrew.