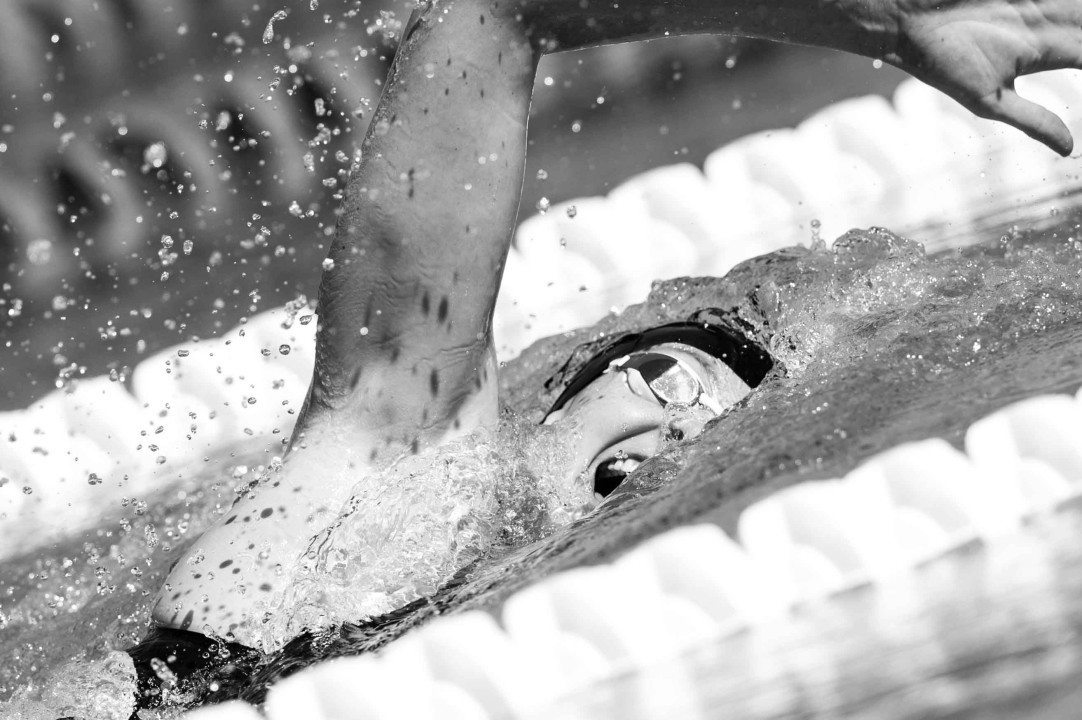 Boyle has been one of the forerunners of the “Ledecky Chase Pack” (can we call it that, now?) in recent years, and while Denmark’s Lotte Friis has been unable to contend with the American superstar at this meet as she did in 2013, Boyle has been the best non-Ledecky distance swimmer in Kazan. Looking at comparative splits from when Boyle broke the Oceanic Record in 2013, she took out the first 200 slightly easier, which paid off big-time. She was faster on the rest of her 200’s, with the most noticeable difference being in her 2nd 200s.

Boyle’s race was not the focus of the 800 final, as American Katie Ledecky throttled the World Record in the event and beat Boyle by over ten seconds. In fact, the camera angle only offered glimpses of Boyle’s history-making swim. Nonetheless, Boyle, who is from New Zealand, has had a fantastic meet thus far. In addition to this new personal best and national/Oceanic record, she broke similar records in the 1500 free, taking more than four seconds off of her best time for silver in that event, too.

If we compare Boyle to the pre-Ledecky era, she is within 3.65 seconds of Rebecca Adlington‘s old World Record, which stood for five years. Her performance in the 1500 free earlier in the meet would have smashed Kate Ziegler‘s old World Record by almost 2.5 seconds (although Friis was under Ziegler’s old record by almost 4 seconds in 2013). On one hand, Ledecky has indubitably pushed women’s distance swimming to uncharted and incredible territories, and continues to make this sport so fun to watch. On the other hand, the rest of the world’s best are nearing (or already blown past, like the 1500) the old world records before Ledecky came along. Boyle will end her 2015 World Champs program with two hard-earned silver medals.