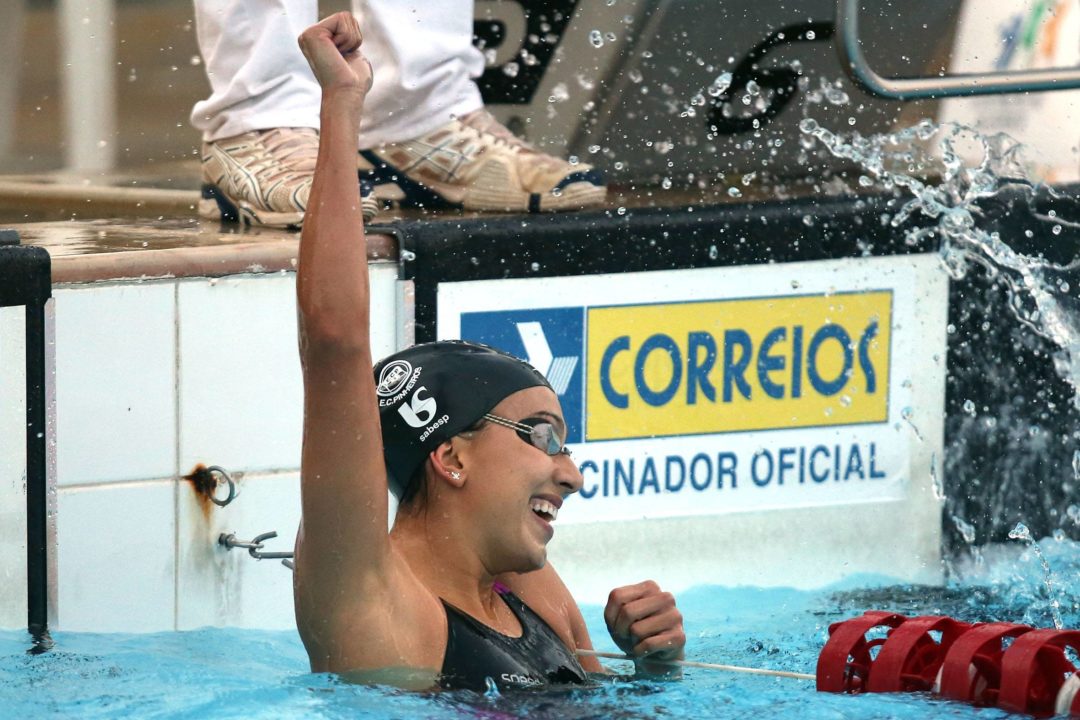 23-year-old Larissa Oliveira has broken national and continental records in the 200 freestyle at Brazil’s national championships, the 2016 Maria Lenk Trophy.

Oliveira finished in 1:57.37, taking about seven tenths of a second off the Brazilian and South American records. Lyrio had previously set the marks at last summer’s Pan American Games in Toronto, going 1:58.03 and winning the bronze medal.

Both Oliveira and Lyrio should be locked in for Brazil’s Olympic team, as both cleared the FINA “A” cut. Lyrio was already set to make the team with her 1:58.4 from the Brazil Open late last year.

The two should also be able to help give Brazil its best 4×200 free relay of all-time at the Olympic Games held in front of a home crowd. The national record in that event was also set at the 2015 Pan Ams, with Lyrio going 1:58.9 on the leadoff and Oliveira 1:59.0 anchoring.

With three other women breaking two minutes in the final, Brazil would be in line to break the national relay record by more than two seconds just based on the combination of the top 4 finishers out of today’s 200 free final.