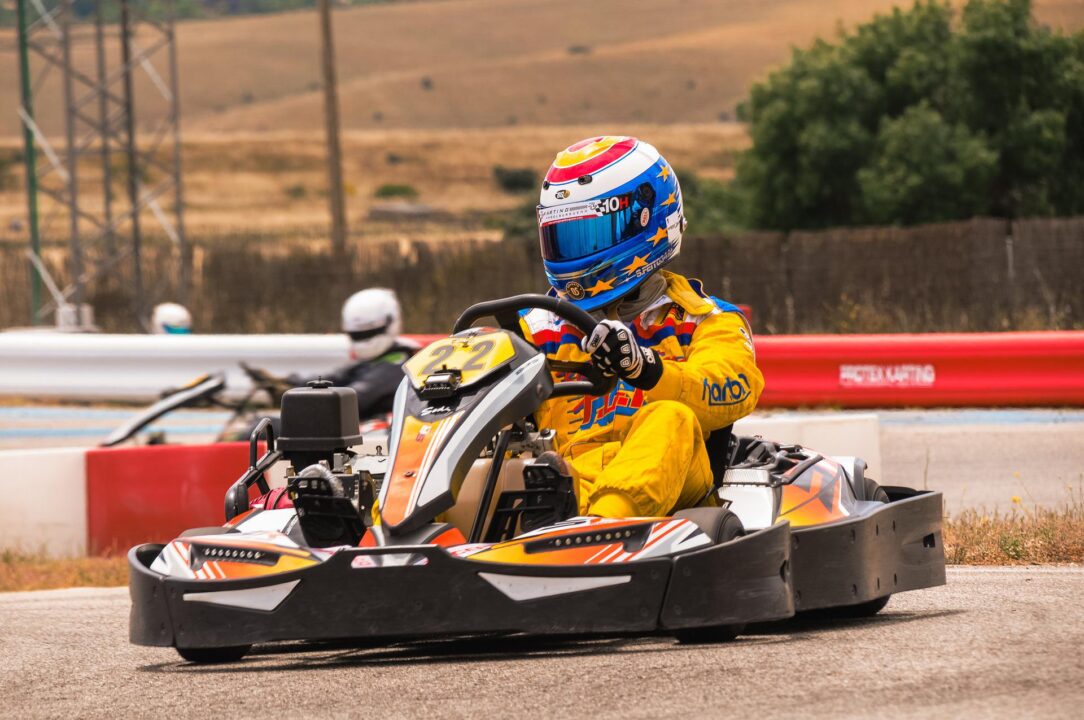 Karting and American football are among the sports that will vye for wildcard slots at the Los Angeles 2028 Olympic Games.

Olympic organizers have invited nine sports to present a case for inclusion at the Los Angeles 2028 Games. While most of the sports on the list were known-contenders that have been stumping hard for a place in the Olympics, there was at least one big surprise: Motorsport.

Motorsport, one of the most-watched sports in the United States, has not long been on the radar of the world’s biggest sporting event, at least publicly. While the International Automobile Federation (FIA) has not confirmed what discipline they will present, it is expected to be karting.

Motorsports has made a previous appearance at the Olympic Games in Paris in 1900. There is some disagreement as to whether the event was officially part of the Olympic program, but medals were awarded. In the early days, when the Olympic Games were often attached to World’s Fair events, there was sometimes overlapping events, and the IOC has never officially declared which are “Olympic” and which are not.

The names of the drivers in most of those events aren’t known, as medals were actually awarded to manufacturers, not racers. All of the medals were won by French manufacturers. Most of the brands are gone too, with Peugeot and Renault being the brands that still exist today.

Inside the Games reports that there is a six-point criteria list that presentations are expected to address, including supporting environmental stability, upholding integrity and fairness, and both interest in the US and globally.

The LA 2028 Games also have a cap of 10,500 athletes, which will be the fewest since Atlanta in 1996. That tends to favor individual sports over team sports.

The IOC has confirmed that 28 sports will be present in Los Angeles 2028, with the opportunity for the embattled federations of boxing, weightlifting, and modern pentathlon to join them if governance issues are worked out.

Other strong contenders with Olympic histories include:

The other three proposed sports would be debutants in 2028:

The football bid is being supported by the National Football League.

There is no hard cap on the number of events that can be included in the Olympic Games, aside from those of participant limits and financial/environmental sustainability policies.

The announcement of these nine sports seems to indicate the end-of-the-road for a handful of other sports that were hoping for Olympic inclusion. That includes ultimate flying disc (ultimate frisbee), mixed martial arts, pickleball, and ‘ninja warrior.’ Many of these sports presented versions with smaller rosters in hopes of meeting the IOC’s new policies on sustainability, including a new four-on-four version of ultimate.

Even mentioning seven of them is disgrace to the OLYMPICS.

What about pickle ball?

No such luck. Too much development needed in the sport to be at that level. It’s not played at a high level in nearly enough countries, and lacks a lot of the fundamental development of Olympic sports, like drug testing.

Pickleball is coming on FAST! CBS will be showing the finals of a tournament this weekend live. When did you see that for the other sports mentioned above? Someday pickleball will have a bigger following than tennis.

I see baseball on TV all the time, albeit not on CBS. Cricket too (and there’s a lot more to come – even without a pro league in the US, cricket is light-years more established here than pickleball is). Yes lacrosse, yes flag football. Yes, motorsports. And that’s just in the US.

I think your response is perhaps very US centric, by the way.

BTW – in case you think I’m not educated about pickleball, I’m playing in two APP tournaments this month, am the lead moderator on the world’s largest Pickleball Forum, am the owner of the Philadelphia pickleball forum, I organize no fewer than a dozen different pickleball groups, and was asked to be an official USA Pickleball… Read more »

Used to be that any sport accepted into the 0lympic Games first had to be a demo or exhibition sport at those games. Subsequently if the numbers from feedback supported it being a mainstream 0lympic sport, it still had to conform with their stipulations. Not quite certain if that’s the case anymore. Can a first time entry into the Games be a mainstream sport? TIA! 🤔

They stopped exhibition sports after the 1992 Games.

I think it was a common misconception that this was the path for all sports to follow, but it never was that.

Give us SCM in the Winter Olympics

I don’t think anybody actually wants this.

There are already too many niche sports that unnecessarily tighten the field for more established sports.

I don’t like changing the games but karting would be awesome!