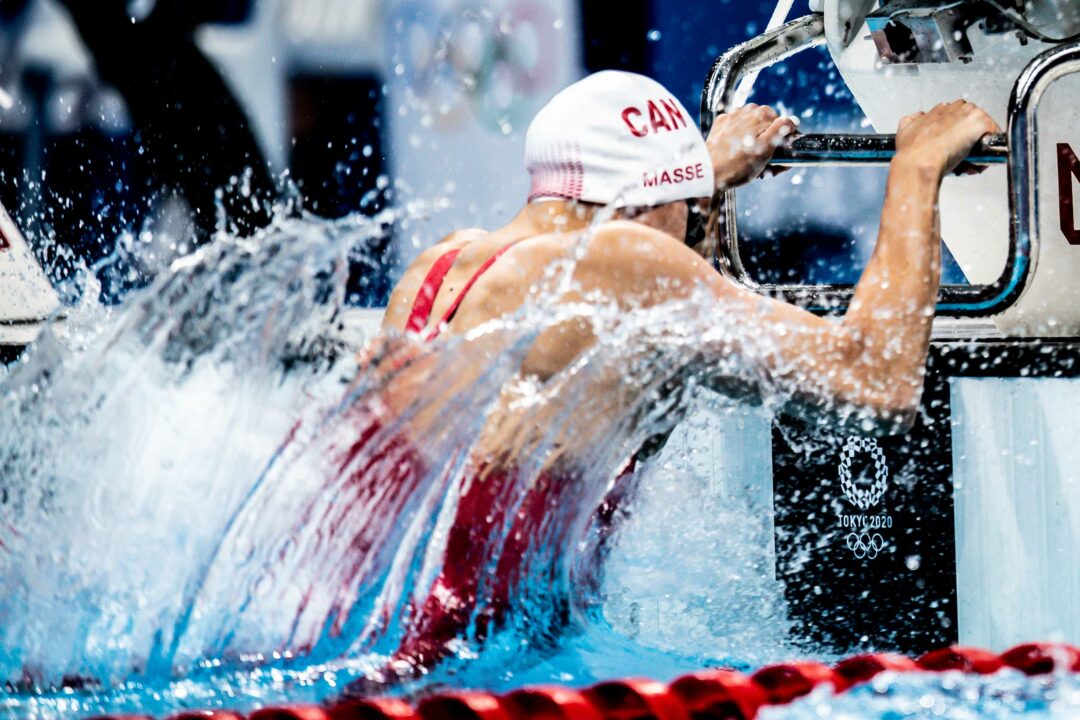 En route to her second gold medal of the meet, Kylie Masse lowered the 50 back national record for the third time this year. Current photo via Jack Spitser/Spitser Photography

During the second night of racing at the 2022 Canadian Trials, Kylie Masse threw down a brand new Canadian record of 27.18 in the 50 backstroke. She won the event and took out her own national record of 27.52 from earlier this year.

With this swim, Masse has collected her second backstroke national title of the meet following her 58.48 100 backstroke victory on night 1. Masse has likely secured her spot on the 2022 World Championships roster in both the 50 and 100 backstroke, having swum under the FINA A in both.

This swim makes Masse the top performer in this event this season, replacing former #1 Analia Pigree of France who swam a 27.41 in December. Masse was joined on the podium by Ingrid Wilm who also managed to dip under 28 seconds with a 27.80. That makes Wilm the #5 performer this season behind Great Britain’s Medi Harris.

The bronze medal in the women’s 50 backstroke went to 200 IM silver medalist Mary-Sophie Harvey in a 28.32.

I think it would be McKeown who was slightly better underwater than Masse at the Olympics and already owns the 200 SC world record but hasn’t swum the 50/100 since dropping her long course 50 down to 27 low and 100 down to world record.

Yeah… what Troyy said. It’s a bit hard to say Masse is the best backstroker in the world when Kaylee won the Olympic backstroke double and also has a faster PB in all 3 distances