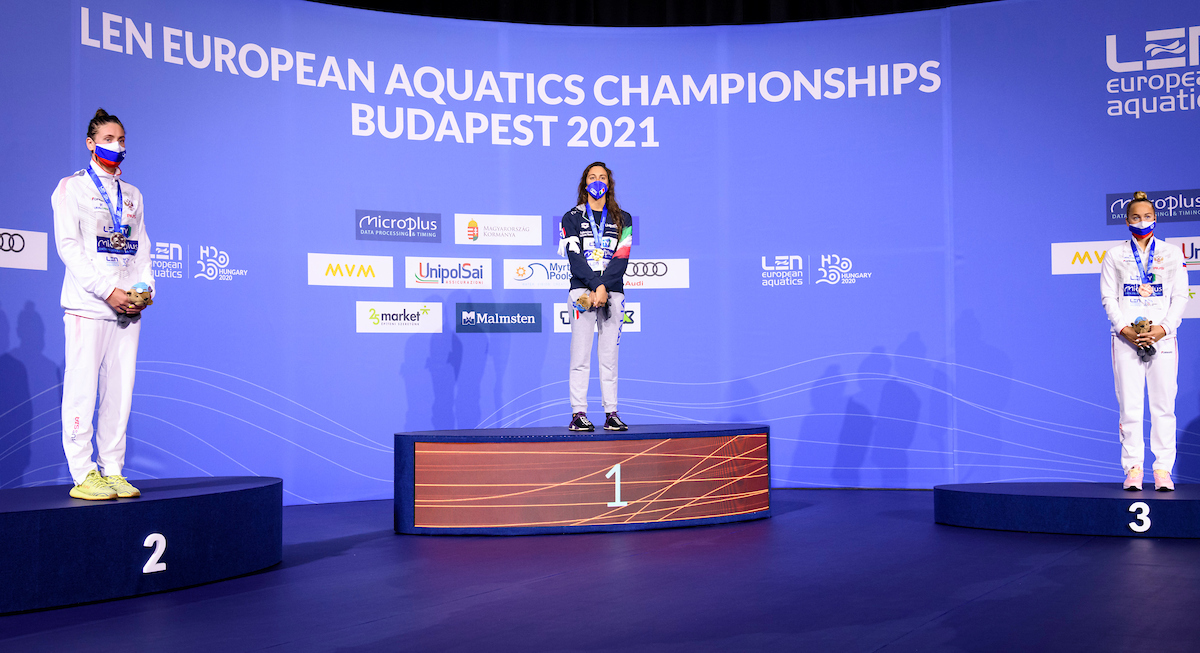 Russia’s Anastasia Kirphichnikova powered her way to a new national record en route to grabbing the gold in the women’s 800m freestyle tonight in Kazan.

While competing on night 2 of finals of the 2021 European Short Course Championships, the 21-year-old freestyle ace scorched a new lifetime best of 8:04.65, beating the reigning champion Simona Quadarella by nearly 6 seconds.

For perspective on how big of a swim this was, Quadarella took gold 2 years ago in Glasgow in a time of 8:10.30.

This women’s 800m free was slotted as one of our top 5 races to watch at these Championships, as Kirpichnikova has been gunning for a big breakout swim. The Russian representing her nation in both the pool and open water at this summer’s Olympic Games as a testament to her range, placing as high as 7th in the 1500m free and 8th in the 800m free there in Tokyo.

Entering these European Short Course Championships, Kirphichnikova had never before been under the 8:10 threshold, owning a lifetime best of 8:10.62 from 2019. She already lowered that down to 8:08.44 in last night’s semi-final before blasting that to bits to her now-Russian record of 8:04.65.

After the race, Kirpichnikova stated, “The new world record is just five seconds away. I thought everything would be clicking and it did, I’m really happy with this result.”

As for Quadarella, the Olympic medalist stated, “This silver means a lot to me. This is my second best time and very close to my PB. It was really good, it is my first European silver. The last 100m were really fast and tried to give my maximum as I’m not yet in my best condition. I’ve begun a new journey towards next year’s World and European
Championships but for me it is important to be among the top three everywhere. It is a great incentive to keep on working to become even faster and better.”

Finally, Gose said of her bronze, “I’m very happy, this is the fastest I’ve ever swum. Yesterday I already clocked my best but today is six seconds better. It was a really good race between Simona and me. She is the world champion so my coach told me to go with her and maybe you can catch her here. It was really close at the end but I’m really happy with this medal.”

Im always happy to see women distance swimmers improve beyond their junior years ( when everything is easier) . 5 of the top 7 here are in that category .