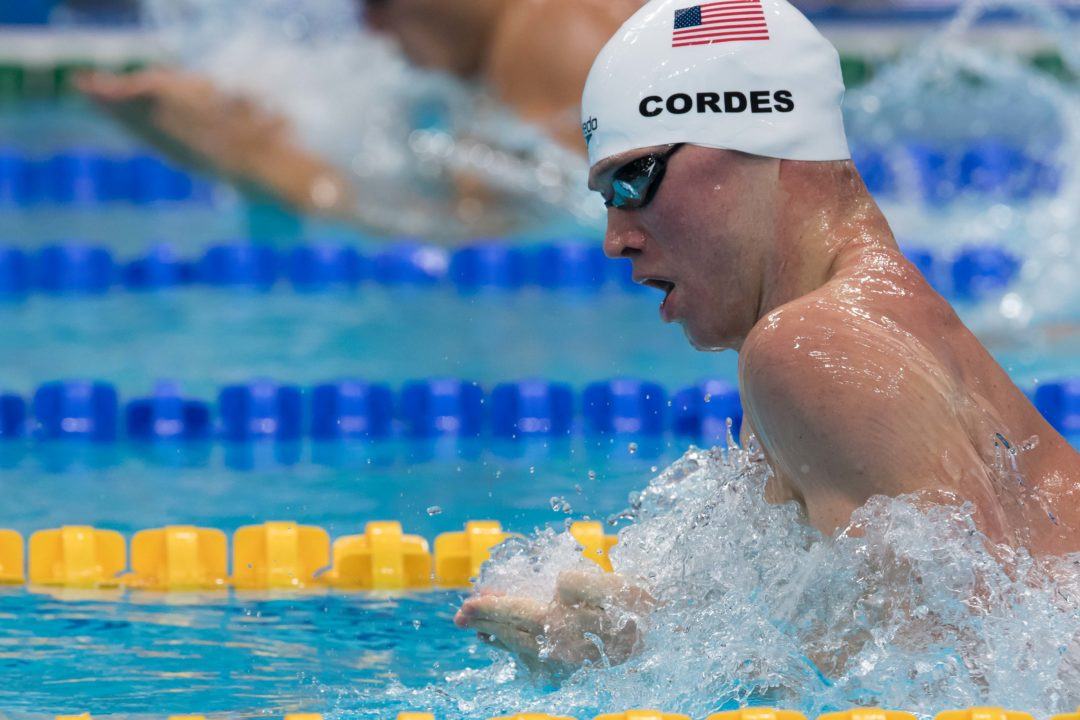 Cordes is now tied as the 4th fastest performer in history with his 58.64 from semifinals. Current photo via Mike Lewis/Ola Vista Photography

Kevin Cordes was back at it again on night 1 of the FINA World Championships, taking down the American Record for the 2nd time this season in the 100 breast. Cordes shaved a tenth off his own record, putting up a 58.64 to take 2nd in his heat behind Great Britain’s Adam Peaty, who took down the Championship Record in 57.75. Cordes is now tied as the 4th fastest performer in history.

The previous American Record stood at a 58.74 done by Cordes in finals at the 2017 U.S. Nationals. Prior to U.S. Nationals, the American Record belonged to Cody Miller with his 58.87 from the Rio Olympics. Miller wasn’t far from his best tonight, putting up a 59.08 to win the first semifinal heat.

He is looking good, won’t get gold but no shame in silver and this bodes well for his 200 and the medley

HE is in the best position he has ever had …..

Idk NCAA Cordes was on a whole other plane, Peaty level dominance

Peaty is so far ahead it took me looking at the top performers list to remember how fast 58.6 is. Assuming Cordes sustains his performance tomorrow, it will be like Smith and Ledecky: no shame in silver.