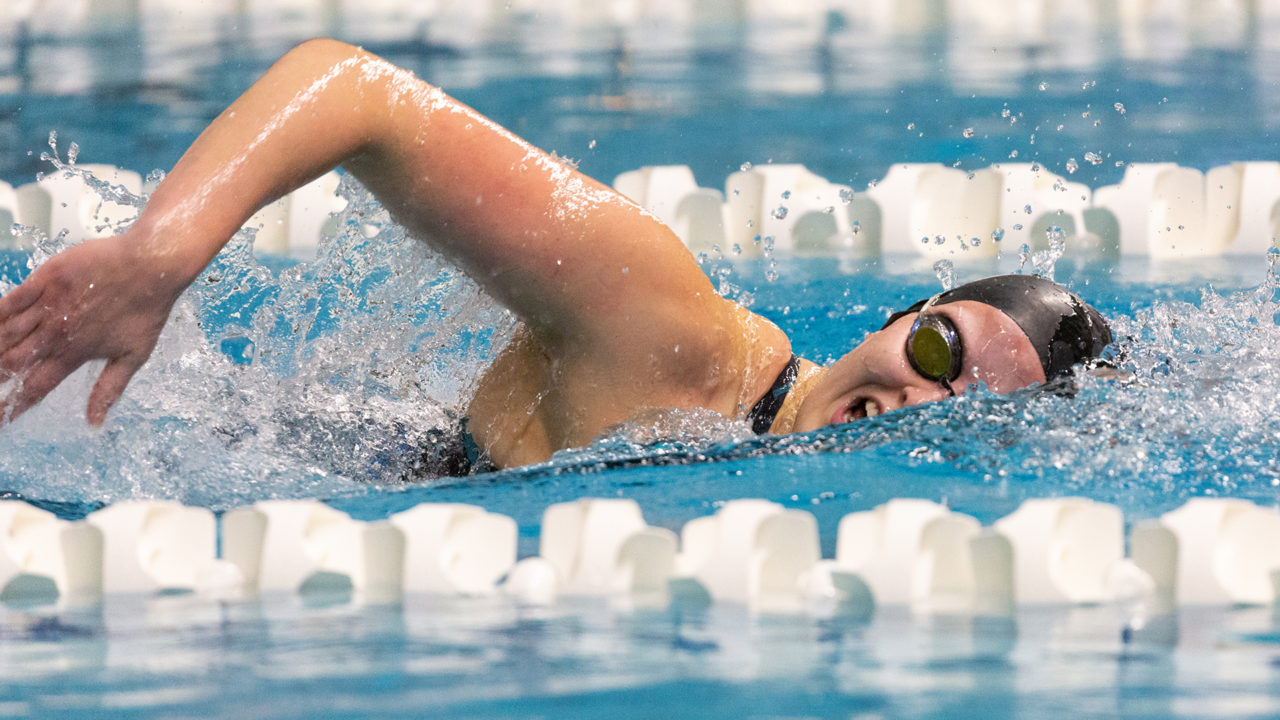 The unscored meet featured scheduled events followed by time trials in which swimmers try to shave seconds off their best times in order to jockey for qualifying marks in the upcoming NCAA Division III Championship in Greensboro, North Carolina.