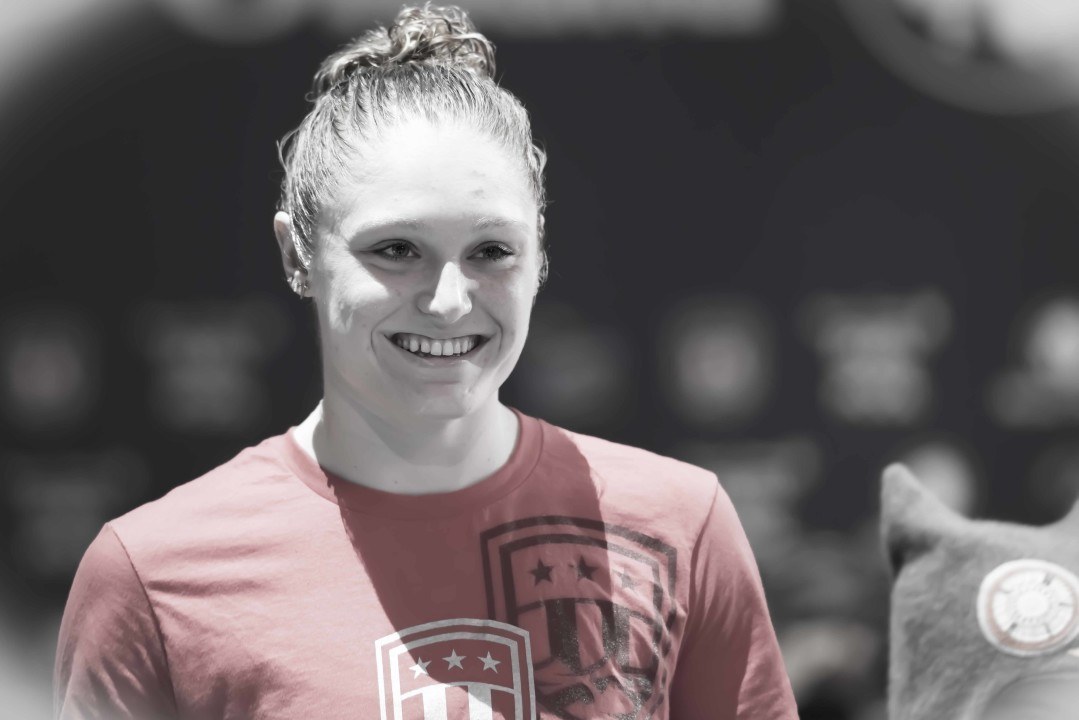 Psych sheets have been published for the 2016 ACC Championship meet, and the defending double butterfly NCAA Champion is entered... Archive photo via Mike Lewis/Ola Vista Photography

Psych sheets have been published for the 2016 ACC Championship meet, and the defending double butterfly NCAA Champion is entered in four events, much like she was in 2015.

This is the same lineup of 4 events that she entered at last year’s meet when she ultimately wound up swimming the 50 free, 100 free, and 100 fly – and took victories in the latter two and a runner-up finish in the former. 2016, however, brings a different perspective as she enteres the meet as the defending NCAA Champion in the 200 fly.

Also appearing on the psych sheets is Virginia’s Kaitlyn Jones. Jones broke the school record in the 100 fly at her team’s mid-season invite, but then broke her hand in warmups. She’s made one appearance so far in 2016, swimming at the team’s last meet against North Carolina State and UNC. In those races, she swam 54.15 in the 100 fly, 1:59.56 in the 200 fly, and 2:00.32 in the 200 IM. While those are well short of her season-bests, they’re not abnormally so for this time of year, and she’s already earned an NCAA qualification thanks to an “A” time in the 200 IM prior to her injury in December.

Damn she was fun to watch last year. When she goes into beast mode records fall.

Kelsi went 1:51.36 this weekend at the Louisville Invitational. That’s just .2 off of her team record from last year. I think 200 fly could be phenomenal this year.