How Omaha Is Shaping Up Four Months Out From U.S. Olympic Trials 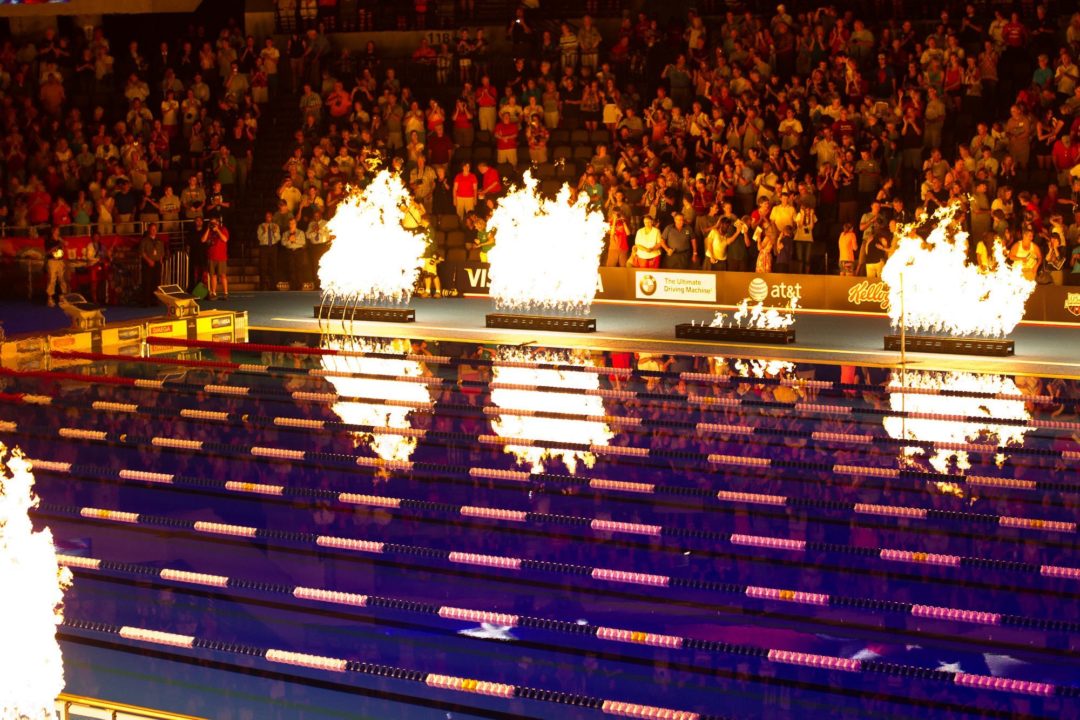 The 2016 Rio Olympic Games are less than 200 days away, but first American swimmers need to battle the best of the best in domestic talent at the Olympic Trials. Archive photo via Tim Binning/TheSwimPictures.com

The 2016 Rio Olympic Games are less than 200 days away, but first American swimmers need to battle the best of the best in domestic talent at the U.S. Olympic Trials.

The Trials are slated to take place June 26th to July 3rd at the CenturyLink Center in Omaha, Nebraska, a city which has two Trials-worth of experience at its disposal.

Harold Cliff, who served as the CEO of both the 2008 and 2012 Olympic swimming trials, can barely contain his excitement in discussing the ongoing preparations of the event, giving stats and figures pointing to perhaps the most thrilling version of the meet yet.

Can the water from the temporary pool at Omaha be bottled and shipped after Trials? They may need it to fill the Olympic pool in Rio.

Does anyone have any information on single-session tickets – when they will be on sale, where to buy, how much, etc? I have been scouring the internet for months but always seem to come up short! I live nearby and would love to attend an evening session.

I’m betting you wont get the chance. They have sold out almost the whole place with the 4 day packages. You’ll probably have to get them on the secondary market. It didnt seem to difficult to get them at the pool if you looked for scalpers last time

You might try to scalp a ticket if no single session tickets are available.