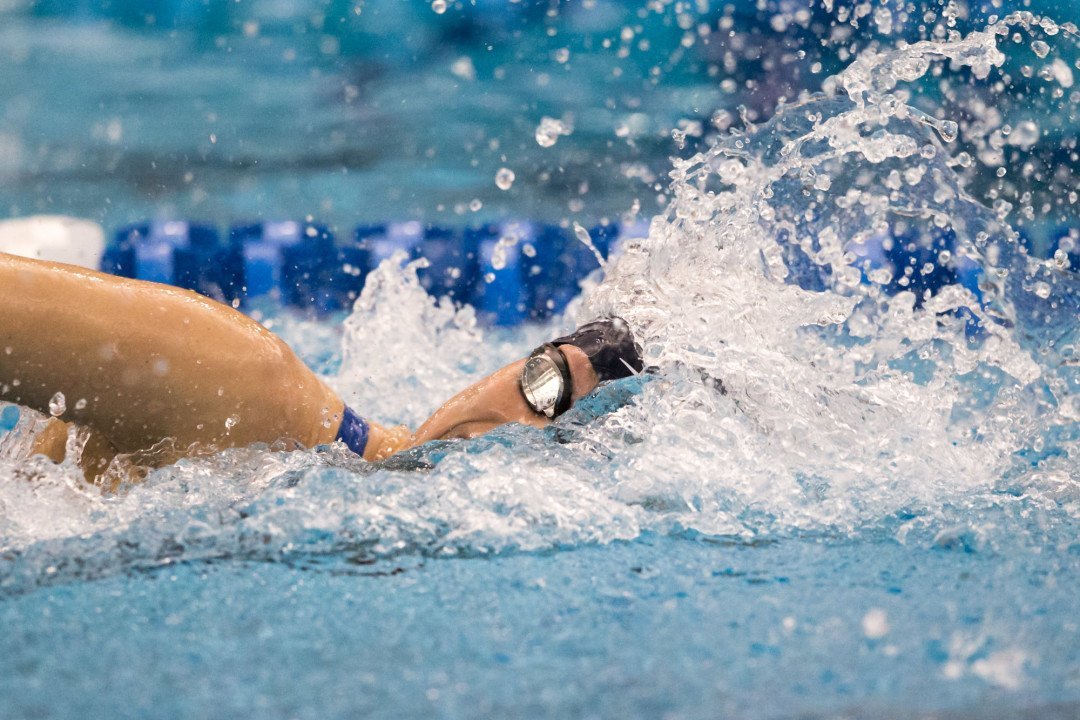 Virginia junior Leah Smith cranked out an NCAA record to open the final session of the 2016 ACC Championships, going 15:25.30 for the best 1650 free in college swimming history. Current photo via Tim Binning/TheSwimPictures.com

Smith, the defending NCAA champ, took 9 seconds off her best time to move up to #3 on the all-time list for the 1650.

The previous NCAA record came from Georgia’s Brittany MacLean back in 2014 – MacLean was 15:27.84 that year. MacLean had a down junior season, but will return this year to be arguably Smith’s top challenger for the NCAA title. MacLean will swim her own 1650 free in just under half an hour at the SEC Championships in Missouri.

Smith jumps MacLean on the all-time list to move to #3 behind only Katie Ledecky and Katie Hoff. In terms of specific swims, Smith holds the fourth-fastest of all-time, with Ledecky owning the top two and Hoff the third.

Smith blew out the field by 25 seconds, and now moves forward to her NCAA showdown with MacLean next month.