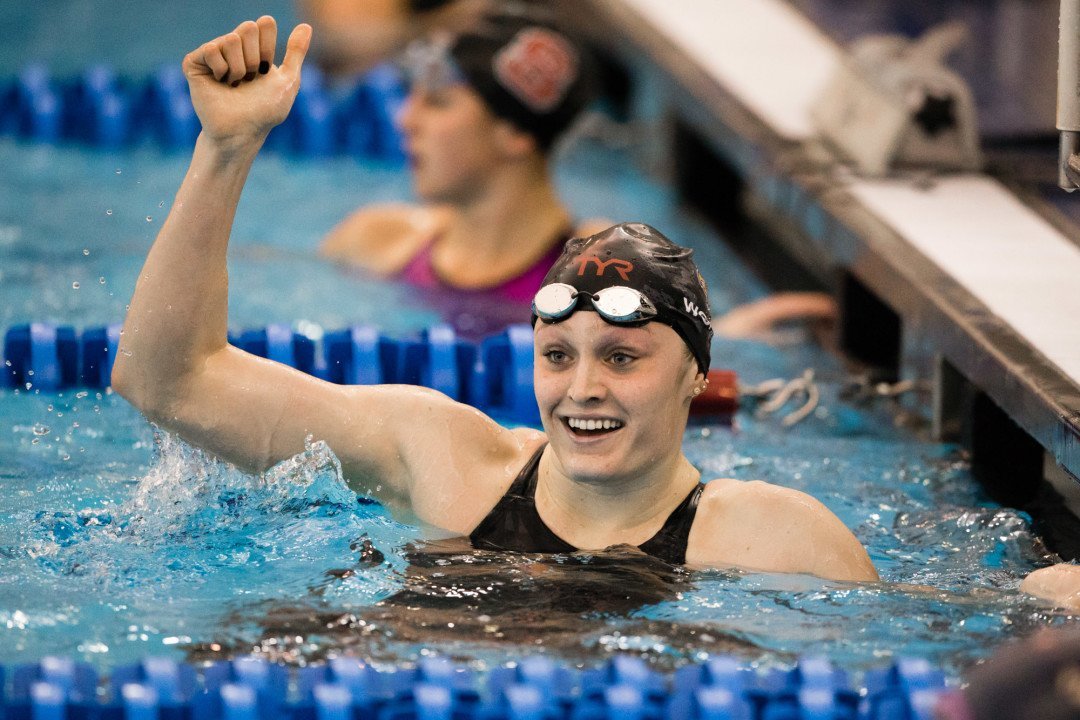 Virginia is in position to claim another ACC title, setting themselves up with 8 championship finalists on the final night, the most ups of any team overall. Current photo via Tim Binning/TheSwimPictures.com

Virginia is in position to claim another ACC title, setting themselves up with 8 championship finalists on the final night, the most ups of any team overall. NC State got 5 ups, 3 mids, and 4 downs this morning. That likely won’t be enough to catch Virginia, but they still have a strong chance at holding 2nd over their in-state rivals.

The team race for 3rd could be a close one tonight. Louisville and UNC are tied at 6 for the 2nd highest number of ups. Overall, the Tarheels have 14 scoring swims to Louisville’s 12. To catch UNC, the Cardinals will have to make the most of each of their swims, while the Tarheels work to secure their 3rd place standing.

These totals don’t include the mile, which will be swum as timed finals, or the platform diving, which hasn’t been completed yet.