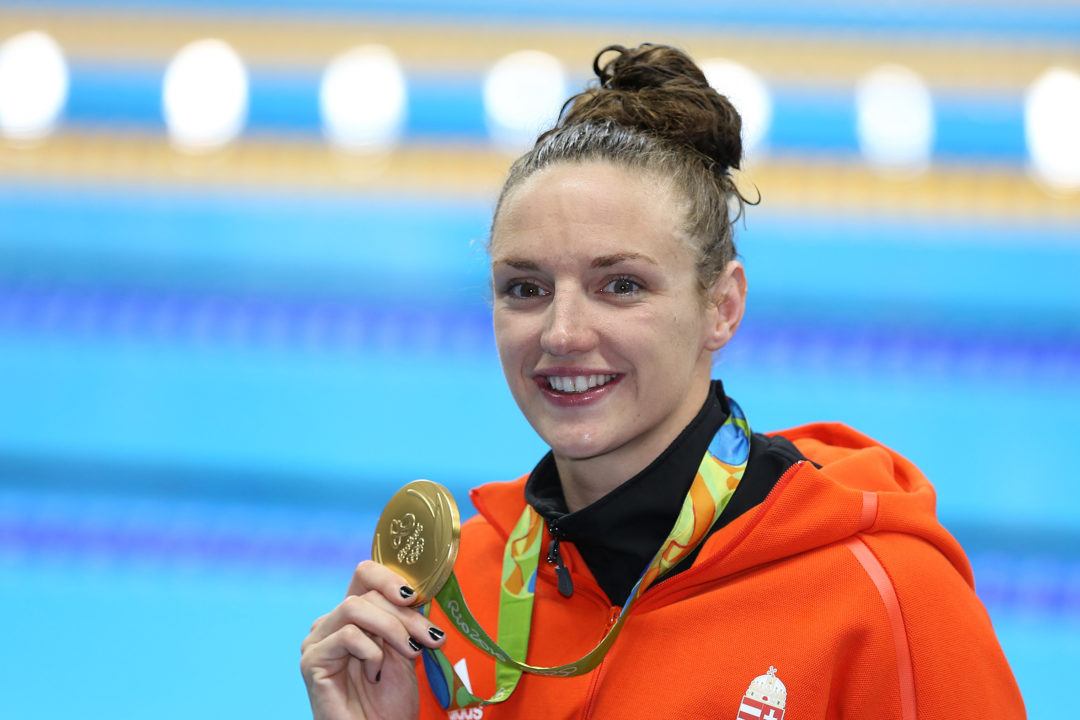 In the two years since, she’s very-nearly doubled that number, and this weekend in Doha she surpassed the 200-win barrier.

Hosszu began the 2016 season with 154 wins, (2 mixed relay golds, plus 152 individual golds), and as of the completion of the Doha World Cup stop has added 46 wins (all individual) this season.

The magic 200th win came in her last individual event in Doha – the 400 IM – where she swam 4:31.18 to beat Hungarian teammate Zsu Jakabos and a field of just 5 swimmers.

Hosszu has more World Cup wins than any swimmer in history, male or female. Meanwhile, also in Doha, South Africa’s Chad le Clos extended his lead in the men’s category with his 108th, 109th, and 110th wins.

With 3 World Cup meets remaining this season, Hosszu projects out to finish the year with somewhere around 225 gold medals. If she were continue at the current pace up until the 2020 Olympics, and if FINA continues with the same number of meets, she would have a shot of clearing 400 career gold medals before she’s done – which is a record that could stand for a long time given the sheer number of events and years of participation it takes to get there.

Isn’t it the time already to measure Hosszu’s medals at world cup by kilos but not by numbers. It will be a better match to her “iron” title. Doesn’t the following sound nice: the iron lady earned another kilo of her medals. It feels very “iron” IMO.

Just a side note. Moravcova is from Slovakia.