The Iron Lady captured her 200th career World Cup gold medal this past Sunday, which is her 46th gold medal on this year's World Cup tour. Current photo via Simone Castrovillari 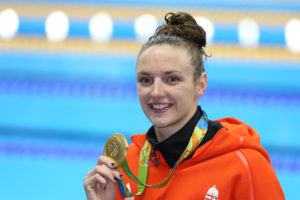 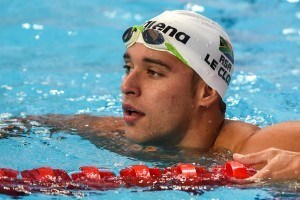 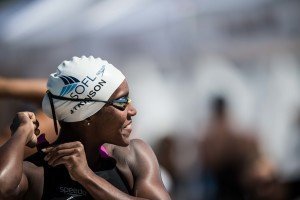 The Iron Lady continues to fortify her swimming legacy by capturing her 200th FINA World Cup gold medal in the 400 IM this weekend. It was the three-time Olympic champion’s ninth win of the meet, which was held in Doha, Qatar. She racked up a jaw-dropping 4 gold medals in only 52 minutes—touching first in the 100 meter back, 200 meter fly, 400 meter free and 100 meter IM.

The milestone swim was not the most commanding of her career. Hosszu’s countrywoman, Zsuzsanna Jakabos, was only two seconds behind, whereas at the 2016 Rio Olympics, Hosszu finished ahead of silver medalist DiRado by almost five seconds. Nevertheless, Hosszu appeared to be in control throughout the race, leading from start to finish. After the win, Hosszu gave a polite wave, and her colorful husband, Shane Tusup, was also subdued (he only stuck his tongue out for a moment).

Although 200 World Cup gold medals is a huge feat, Hosszu appears to have a long career ahead of her if she chooses to compete—she is only 27 years old. Over the last four years, from 2012 t0 2015, Hosszu has averaged 38.5 gold medals a year. Notably, Tusup took over head coaching duties from University of Southern California’s Dave Salo in 2012. Hosszu is already well ahead of her yearly average with 46 gold medals in 2016, and the World Cup tour still has three more stops in Asia.

Another interesting statistic is that with Hosszu’s 100m IM win in Doha, she recorded her 100th medal in the World Cup medley events alone.

The next World Cup meet will be in Singapore, and take place from October 21st through the 22nd.